The Portuguese footballer played a peripheral role as Real Madrid romped to a 3-1 victory over Liverpool in Kiev – a victory owed in no small part to Reds goalkeeper Loris Karius, whose two horrific blunders paved the way for their third consecutive win in Europe’s premier competition.

Despite his uncharacteristically subdued performance, Ronaldo, 33, was showered with affection by girlfriend Georgina and seven-year old son Cristiano, Jr following their triumph.

The free-scoring forward accepted an affectionate kiss from Georgina, who sported a Real Madrid shirt as she raced onto the pitch to congratulate him at Kiev’s NSC Olimpiyskiy stadium.

The brunette,  who welcomed her first child in November, wrapped her arms around him after he accepted the latest addition to his vast collection of winners medals.

Draped in the Portuguese flag, Ronaldo acknowledged the travelling Madrid supporters by raising five outspread fingers – a reference to the record number of times he has lifted the European Cup.

Madrid’s biggest star later hinted he was unsure he’d stay with the club he originally signed for from Manchester United in 2009.

‘In the next few days I’ll give the fans an answer because they are the ones who have always been by my side,’ Ronaldo said. “It was very beautiful to be with Madrid.’

Keeping up the cryptic tone, he added: ‘The future of any player is not important. We made history.’ 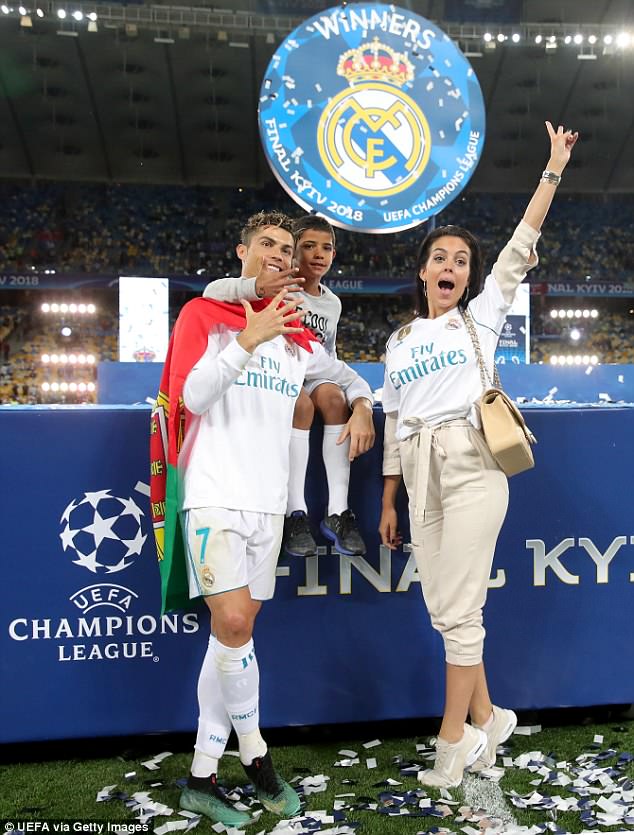 ‘I would not want to communicate with my ex-hubby,’ Nyce Wanjeri

‘Octopizzo beat me!’ last words of Kenneth Obom before he jumped to his death

Who killed Kenei! Who pulled the trigger?

Mother-in-Law From Hell! Kenyan Woman Narrates How Her Mother-in-law Pooped At...

‘He took me to a dingy lodging in Kasarani,’ Kenyans share...