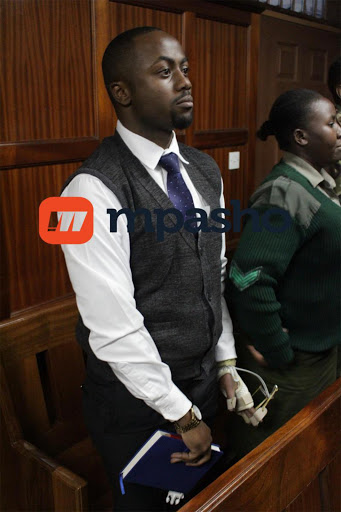 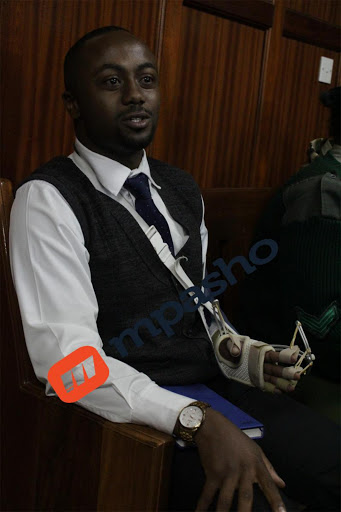 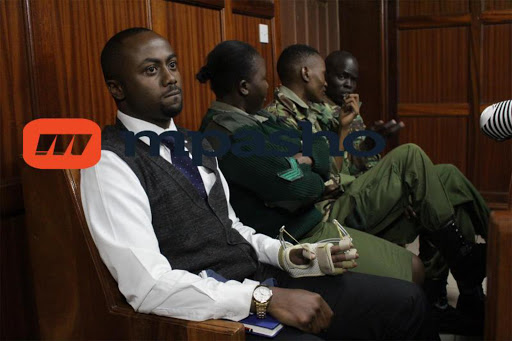 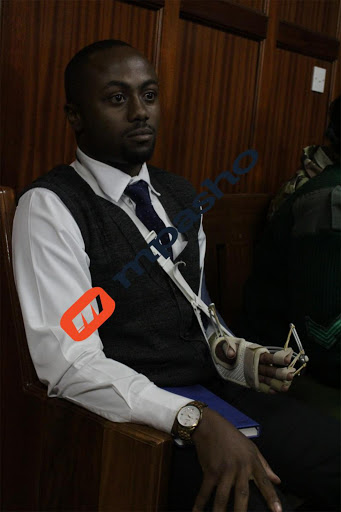 Joseph ‘Jowie’ Irungu made an appearance at the Milimani Law Courts on Tuesday in a fresh application to the judge to be granted bail.

In his application, he told the High Court judge that his circumstances had changed and that his family was willing to deposit security.

Justice Wakiaga directed Jowie to appear before Justice Jessie Lesiit on May 29 for directions on the hearing. He will decide on the fresh bail plea on June 18.

However, what was more disconcerting than anything else was the fact that Jowie's arm was dressed in a sling and his fingers were held together with protruding metal apparatus.

The screws are holding up his fingers that are encased in a sort of cast.

The last time he was in court, he did not spot a sling. See the photo below.

Our very able photographer Collins Kweyu was in court when he captured these exclusive photos.

From the photos, you can also tell he has lost a lot of weight and he is almost unrecognisable.

Jowie has been in police custody since September last year when he was arrested over the murder of Monica Kimani.

He is currently being held at the Kamiti Maximum Prison.

Check out his recent photos from his appearance in court.