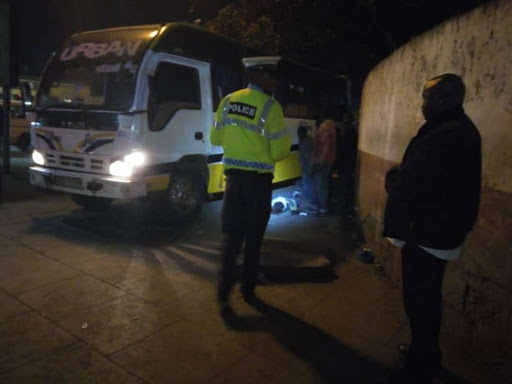 Ten people are feared dead in a tragic accident after a matatu rammed into pedestrians at the Old Nation roundabout.

Reports indicate the driver of the Latema Sacco bus plying on the Kangemi route was speeding from town before he lost control running over over several people who were waiting to board a matatu at the stage.

Those who have been injured have been to hospital in two ambulances.