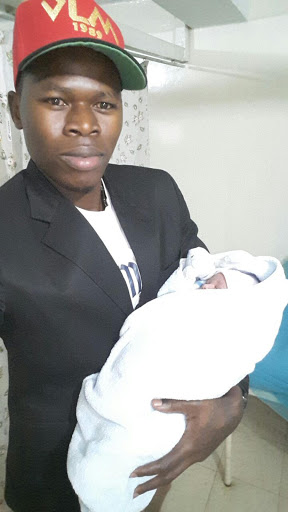 Baby Gilroy weighed in at 3.6kgs

An excited Vicmas told Mpasho, "We chose the name Gilroy because it means son of a king's servant. It also means the King’s servant in the Scottish definition."

Vicmas who is famed for the club banger Bank Otuch was super excited to meet his first born. Here he is in hospital with him.

Vicmass expressed his joy at the prospects of being a daddy.

"It's Godly, I just confirmed I can get any woman pregnant. It's my first child and I'm very happy I'll become a parent. Anything I want in this life is to be a parent."

Check out a past video interview with Vicmass gushing about Gilroy before his arrival: