DISGUSTING! See Where The Vegetables You Love Eating Might Be Coming From (PHOTOS) 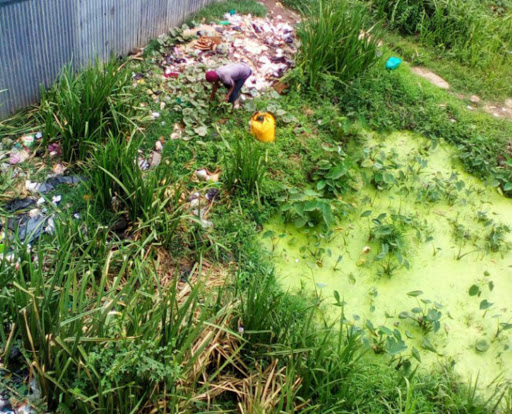 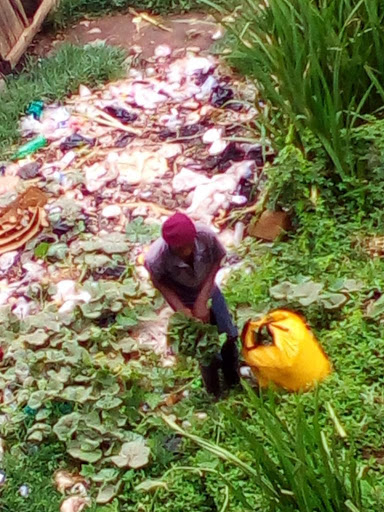 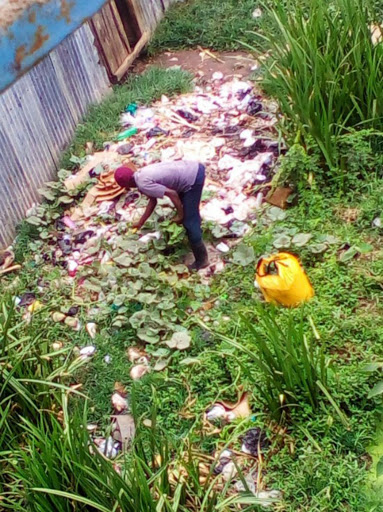 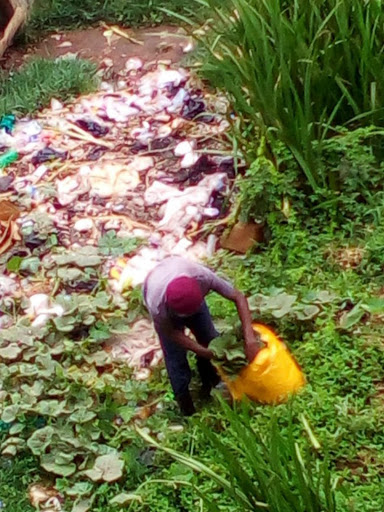 More often than not, you'll hear someone saying that you should avoid eating meat at all and instead go for vegetables because of the many illnesses associated with the former.

But have you ever stopped to ask yourself whether the vegetables that are often claimed to be healthier are safe for consumption or even cared to know where they came from?

A few hours ago a Kenyan On Twitter (KOT) by the name Mansur shared some photos that have now thrown social media users into a panic.

The photos which were taken near a dumping site at Zimmerman in Nairobi show a man 'harvesting' what is believed to be vegetables before placing them into a plastic bag.

Somehow, these vegetables could find their way to your dining table and you will feast on them oblivious of the fact that they grew in a pond next to a dumping site.

I know most of you will deny that they have ever but let's be honest, how many Nairobians grow vegetables in their backyards? How many of you even care in the first place?

So can we all attest to the fact that have eaten them at least once in our lifetime? No? Okay.

So the next time someone advices you to go vegetarian, ask them whether what they are having is really healthy...