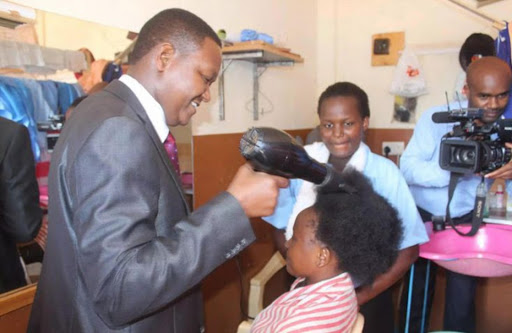 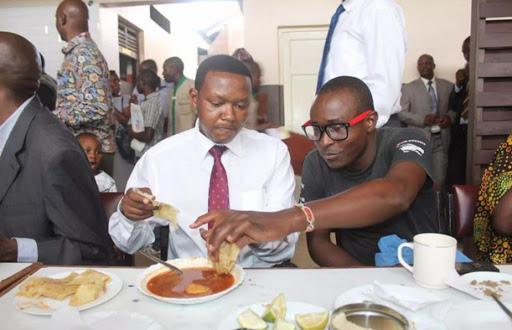 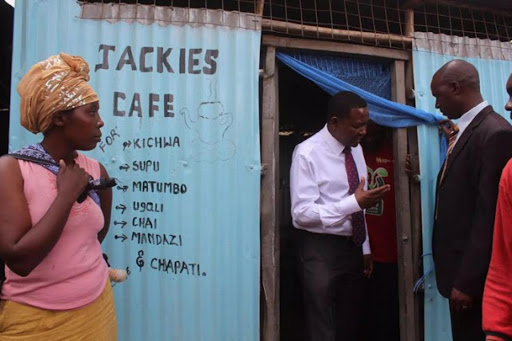 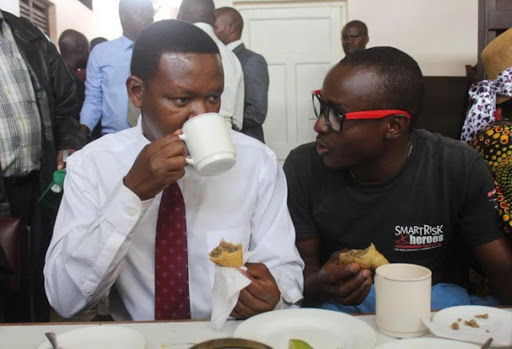 Machakos Governor Alfred Mutua has once again left Kenyans talking about him. Known to be the best Governor out of 47, Alfred Mutua is always on the front line in supporting his people and fight corruption in Machakos County. Unlike other Governors who have deserted those who elected them, Mutua is different.

Alfred Mutua has contributed a lot to the development of Machakos County. Yesterday, the no nonsense governor left Machakos County wagging tongues after he visited various parts of the County to spend some time with the residents. It was not just a tour; Mutua surprised many after he walked into a kibanda, bought "cheap" food and ate while chatting with other customers who were at the "hotel".

After having lunch, Mutua headed to a salon where he was pictured blow drying a customer as passers-by watched. Check out the photos

Alfred Mutua is among the few governors who can still create time to be with those who elected him despite his busy schedules.