'My Nyash has made me rich,' Tiktoker Kinuthia

The content creator is famous for his hilarious crossdressing videos online

• The TikToker now claims he is proud of his big 'Nyash'.

• The jovial Kinuthia was asked which part of his body he loves. 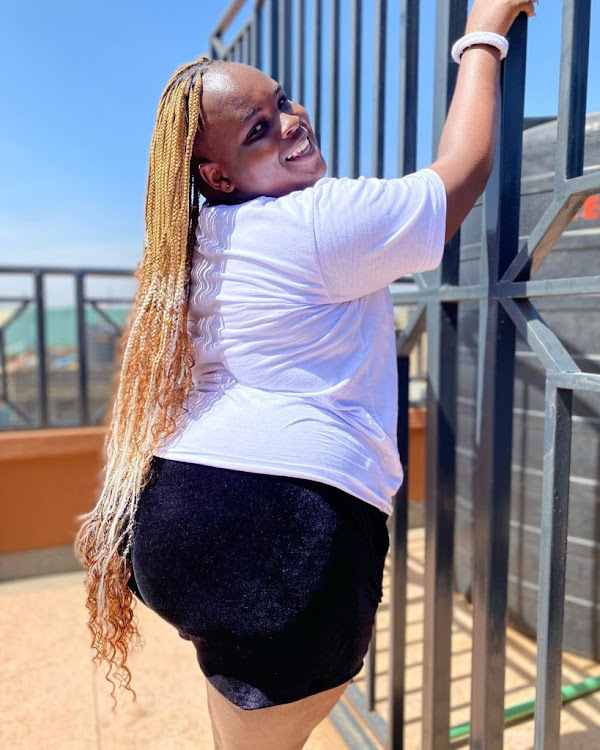 Cross-dresser and content creator Kelvin Kinuthia now claims he is proud of his big 'Nyash' claiming it has made more money for him that anything else.

Speaking on Mpasho's quickfire segment, Kinuthia was asked which part of his body he loves. Responding, he said;

"I think I love my Nyash more since it has made a name for me and also made money for me," he said.

He said he will not stop cross-dressing as he loves the female character.

"The most asked question on social media is about my sexuality. The reason I wear dresses and apply makeup and so on is that I don't want to lose this character. It is what people know me for."

He earlier told Massawe Japanni that most of his family members understand social media and that he is in business.

"Most of the clothes I wear, I am just marketing."

On his social media, Kinuthia has a Kenyan flag and an LGBTQ flag. He said supporting the community is not bad.

"It is not an issue but I am not comfortable speaking about my sexuality yet. I am not under pressure and I am comfortable. There is this one thing when you are constantly seen doing videos with a particular person, people say you are in a relationship with them," he said, adding that he does not concentrate on the negative comments.

He said he blocks haters on his social media.

Watch the quickfire video below;

Cross-dresser Kinuthia shyly admits to being in new relationship

Why the picture went viral is because Kinuthia had at some point said Oga Obinna is his crush.
Entertainment
2 weeks ago

A section of social media users is upset by Tiktok blogger Kelvin Kinuthia's decision to call himself a girl' despite having a historically masculine ...
Entertainment
1 month ago