Kareh B speaks about her relationship with Gatutura

They met in 2017 at Galileo Westlands

• Mugiithi female artiste Kareh B is single and waiting for 'Mr Right' to show up.

• Kareh dismissed speculations that she is dating Jose Gatutura 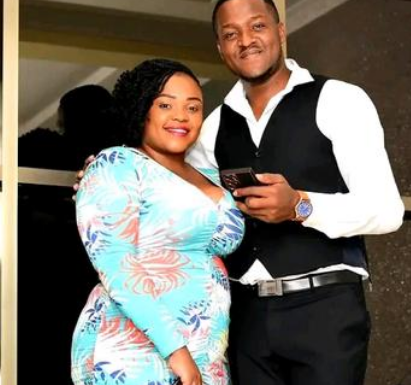 Kareh B speaks about her relationship with Gatutura
Image: COURTESY

Mugiithi female artiste Kareh B is single and waiting for 'Mr Right' to show up.

Speaking to Mpasho.co.ke, Kareh said God's time is the best.

On the qualities of the man she would want to date, Kareh said he should be;

"God-fearing, self-driven, ambitious, have a sense of humour, taller than me, and oral and personal hygiene has to be on point because of obvious reasons."

Kareh B and her music counterpart Jose Gatutura rhyme so well in their collabos, to an extent that speculations have been rife that the two could be dating.

However, in the interview, Kareh dismissed such speculation, stating clearly that their relationship does not extend beyond music.

Kareh said they met in 2017 at Galileo Westlands, while she was singing country music.

"So he came in one day, listened and followed me outside when I was done," she said.

She said he talked to her about the song duet.

"I was a bit skeptical but eventually agreed. And the rest is history."

She described their combination as a match made in musical heaven.

Kareh said she hopes to share lessons she has learnt over the years with others.

"I am a vocal coach so I am taking baby steps in the right direction in terms of leaving a legacy," she said.

Her advice to upcoming Mugiithi artistes is that they bring in their spice.

"Don't just do what everyone else is doing. That way, you will get lost in the crowd. Also, do not give up as the situations can be so discouraging, but soldier on."

Mugiithi superstar Mary Wangari, popularly known as Kareh B has described her brand name as 'sassy'.
Exclusives
3 weeks ago

Mugiithi singer Kareh B has talked about the impact the death of her sister former NTV news anchor Winnie Mukami had on her life.
Exclusives
3 weeks ago