Evelyn Wanjiru's husband reveals how she stays away from online drama

•  Evelyn has made headlines severally but not dramatic headlines. 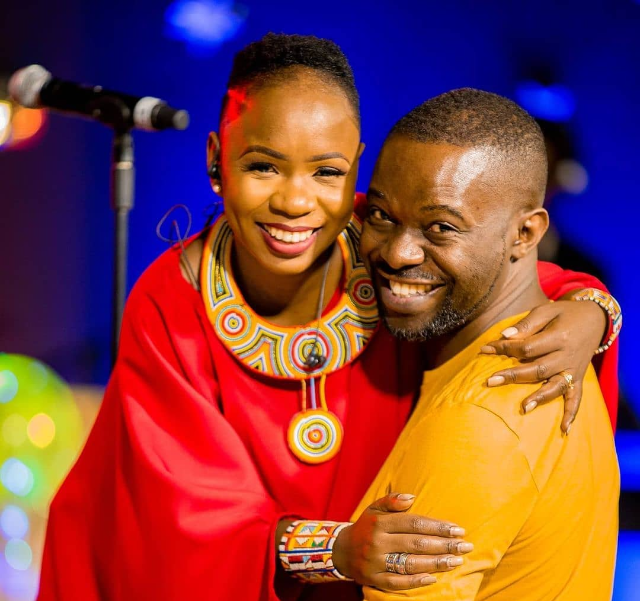 They say when you marry your friend, the rest will work out smoothly.

Evelyn Wanjiru has been managed by her hubby Agunda Bweni for the longest time they have been together.

The talented superstar Evelyn has made headlines severally but not dramatic headlines.

Speaking to Word Is, her husband Agunda said he enjoys working with her since he understands her better.

Evelyn has never shied away from crediting her success to her hubby and manager, Agunda.

During one of her Instagram Live conversations with Mercy Masika, she said working together with her husband had proven to be the best decision she has ever made.

"He learnt music from YouTube and has been my manager since," she said.

Agunda said music is very dynamic, and so he has to keep changing with it.

"You have to also make sure you are above the game as much as you can," he said.

"Working with my wife has been easy and for sure, I have seen good results since we started the music journey. The good thing is that we understand one another well, so work flows easily. The bad thing about working with her is that I can’t give her a manager’s rate card."

Evelyn is not only popular in Kenya but globally.

Agunda says this gives him more reasons to keep pushing her brand.

On how the couple manages to stay away from online drama, Agunda said people who consume Evelyn's music are not moved by drama or clout chasing.

"Her followers are authentic and they want clean content that inspires, and that is what we aim to give them. Also, being a role model to many, she has to lead by being a good example."

Evelyn and Agunda stayed for 10 years before she conceived her first child.

Early last year, the couple welcomed a son and called him Mshindi.

At the time, while announcing the good news to their fans, Evelyn praised her husband for having stayed with her for 10 years, even when she couldn't conceive. 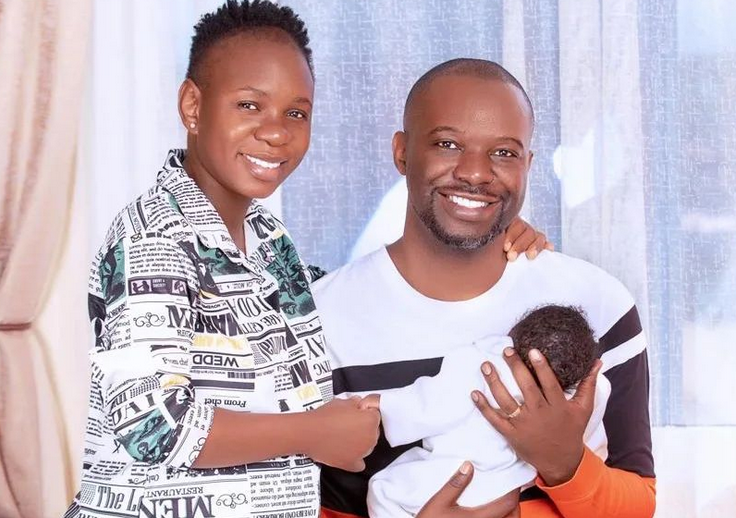 "In the labour ward, he was there. He was the one who saw the baby before I did. I thank him for sticking with me," she said.

"He has always been there, he has always protected me. He is an African man and could have gotten other options.

"For him to stay with me all these years, that is a very patient man, and for that, I honour him."

Sharing his experience as a new dad, Agunda told Word Is it is a good feeling and "a good experience that comes with unexplainable joy".

"Seeing my son grow every day makes me so happy, I thank God so much," he said.

He said in 10 years, he was optimistic and believed that one day God would make his wife and me parents.

"I never doubted God on this."

Agunda recounted his wife's cravings during pregnancy, which he said were many.

"I remember one day she saw someone had posted mangoes from Kitui on social media, so she asked me to order some from Kitui, which I did," he said.

"I remember going to pick them up in town after they had been delivered from Kitui by a matatu driver."

Love and friendship between the couple are what has kept their marriage strong.

He credits prayers and having faith in God.

"We were also busy doing our things as we waited," he said.

Despite being excited by the news they were going to be parents, the couple chose to keep the news to themselves.

Agunda said some news should be hidden until they are ready to share it with people.

"We also didn’t want unnecessary pressure, but we knew at the right time we will share about it," he said.

Evelyn said that not everything has to go on social media.

"There are things you need to keep private. Those who know us know that we can never post in our bedroom since it is our sacred place, and that is where babies are made from."

To couples waiting, Agunda encouraged them to walk the journey together, support one another, and make sure they see gynaecologists even as they prayerfully wait on God.

Evelyne Wanjiru on why Pregnancy forced her to cancel US tour

Gospel singer Evelyn Wanjiru has recounted how she learnt she was pregnant with her first child, Mshindi.
Entertainment
1 month ago

It was a tough journey but I was happy that I was pregnant. I stayed indoors for almost 8 months.
Entertainment
7 months ago