MC Jessy speaks on his relationship with Churchill

• The comedian divulged that he shared his ambitions with Churchill and they were all in sync. 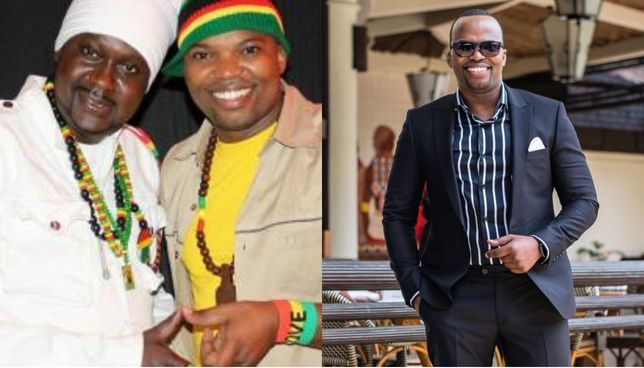 Speaking to Classic 105’s Dennis Milimo, Jessy mentioned that he met Churchill in a toilent at the Carnivore restaurant, and their connection was instant.

The comedian divulged that he shared his ambitions with Churchill and they were all in sync and within a short period they were working together.

“Churchill is a brother na tunapendana tu ki-brotherhood. Tulimeet kwa choo pale Carnivore, mimi nilikuwa nimekazwa na yeye alikuwa anatoka kukazua. So we met at the door and I was like, Yoo! Black guy, what’s up? and he responded.

“We went on to ask, Do I know you from somewhere and I said of course. But I really sense we were meeting for the first time," he said.

MC Jessy further narrated that he had a lengthy talk with Churchill for almost an hour sharing dreams and future aspirations.

“We stood there for almost an hour talking and sharing a lot of dreams and the industry and all that.

“He also told me what he has always wanted to do and I n return I shared my dreams too and they were all aligned but I had not told him one day I will run for a political seat,” Jessy stated.

The former parliamentary aspirant says the discussions prompted them to draft avenues for how they were going to elevate the comedy industry as a whole.

“We crafted the direction from where we want to go in Comedy and that’s when we decide to work together. We joined forces as brothers and we are partners in a lot of businesses.

It’s not just comedy; we have a lot of projects together. And we are investors in the Industry and we are going to work together until the day we breathe last on earth,” Jessy affirmed.

While some celebrities use their real name on social media, some prefer to have an aka which fans will refer to them as.
Entertainment
1 month ago

In Photos: How Laugh Festival 4 went down at KICC

On Saturday night, all roads led to the KICC for the 4th edition of Laugh Festival organized by Comedian Daniel Ndambuki alias Mwalim Churchill.
Entertainment
1 month ago