KRG responds after his assistant said he is married after divorce

KRG is currently co-parenting with his ex-wife

• Chawa alleged to the public that KRG got a wife after his divorce.

• He didn't reveal the name of the musician's wife. 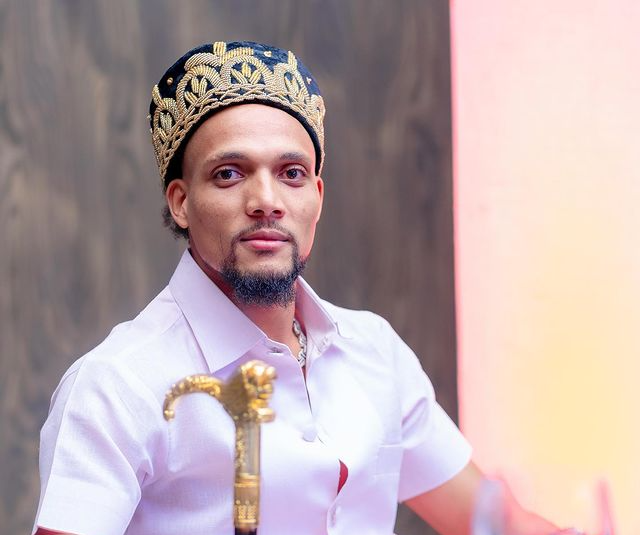 KRG the Don Krg says no comment at the moment after his PA splits alleged beans
Image: Instagram

Early this week, KRG the Don's alleged assistant, revealed that the musician is married but keeping the news away from the public.

However, speaking to Mpasho, KRG failed to deny or confirm the allegation.

He just mentioned that he was not ready to tackle the topic but will do so in the near future,

In an interview with Nicholas Kioko, Chawa confirmed that he manages KRG and for a fact, he knows everything about the musician adding that if you want to get to KRG, you have to pass through him.

Chawa alleged to the public that KRG got a wife after his divorce.

He didn't reveal the name of the musician's wife, stressing that he was protecting his boss and his private life.

Nicholas questioned, the proclaimed KRG the Don's manager if he was so sure about his statements and he said;

He mentioned that there are things that can not be hidden in life among them the truth, Pregnancy, light, and a wife.

Before, the popular musician claimed that he chose to divorce his ex-wife, Linah Wanjiru because she grew idle and started rolling with chokoras.

KRG claims that his ex-wife's reasoning was sickening to the point he could not tolerate her any longer.

"There is a certain level of richness that when you reach, there is some nonsense you cease tolerating. There are certain people you no longer want to see around you," he noted

He claimed that his wife liked associating with friends who had no value to her life.

"She loved moving around with low-life and people who added no value to her life. People I can only liken to chokoras," he finished

Krg the Don has responded to Andrew Kibe's recent jabs by posting a video of himself driving while addressing the famous YouTuber.
Entertainment
4 weeks ago

Tourism Board gets new CEO as Betty Radier exits