Justina Syokau to undergo a BBL surgery to boost her behind

Justina has revealed she will be going abroad to get her cosmetic procedure. 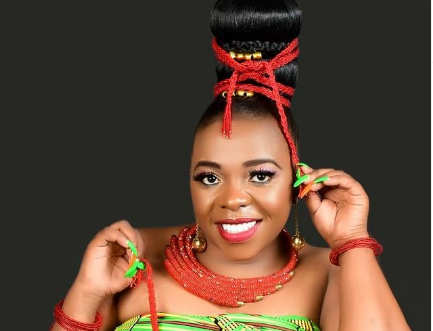 Justina Syokau will be travelling abroad to get her liposuction
Image: Instagram

Kenyan artist Justina Syokau, famously known for her 'Twendi Twendi' song, has revealed she will be going abroad to get her cosmetic procedure.

Speaking to Mpasho, she said she would be traveling as she has not found a facility that offers the procedure locally.

Asking why she was still pushing on with the procedure as she was already part of the 'thick thighs save lives' squad, Justina noted that there was no need for the belly fat to go to waste.

Rubbishing previous claims that she was getting a butt lift to attract more men to Christ, Justina expressed it was for her fulfillment.

"I didn't say that I saw a blog wrote that, but I didn't say it, I just want to look nice for myself."

Inquiring what the church had to say about her unpopular opinions, the Najileta kwako artist noted it was a personal initiative in how one chose to lead their life.

"We are fearfully and wonderfully made but also if you want to change something, you are allowed to change by yourself."

Justina expressed her appreciation for Pastor Linet (Size 8) and Rev. Pitson on their ordination, adding that she was also pursuing the same path.

She notified us that she is working on an album in which she has collaborated with a couple of artists.

Celebrity child Ladasha Wambo, firstborn daughter to Dj Mo and Size 8, has left Kenyans in stitches after she told her dad to shower as he was super ...
Entertainment
2 months ago
WATCH: For the latest videos on entertainment stories

Gospel singer Pitson ordained to be a reverend