Makena says LGBTQ community members are being discriminated in Kenya

• Bold Network CEO Chris Makena has responded to the ongoing debate about the queer community.

• Makena told Mpasho.co.ke that LGBTQ community exist in the country and therefore the issue need to be addressed. 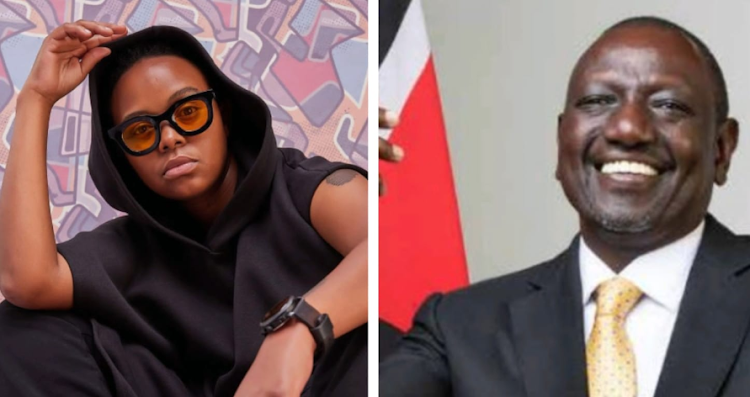 Former BBC Journalist and Bold Network CEO Chris Makena has responded to the ongoing debate about the queer community.

This was after President-elect William Ruto did his first international interview with CNN, where he shared his sentiments on LGBTQ+ rights.

The CNN anchor Christiane Amanpour asked Ruto if his government would crack down on people in the queer community living in Kenya.

"You, yourself gained worldwide attention a few years ago when you said, 'no room for homosexuality in Kenyan society, I wanna know if you still stand by that," Amanpour asked.

In his response, president-elect William Ruto said his government will respect all people.

When further pressed to speak about the issue, Ruto said that was 'not a big issue for the people of Kenya.'

"When it becomes a big issue for the people of Kenya, they will choose as it is now, we are grappling with 5 million people who do not have jobs and 4 million hungry people that is my concern and the focus of the people of Kenya."

Some online users who commented on the issue supported Ruto's stand while criticizing the international media for 'inflicting' the LGBTQ+ lifestyle on Africans.

Some also felt that Ruto's hesitation on the issue would cause problems for the people in the community during his tenure.

Bold Network Africa CEO Chris Makena told Mpasho.co.ke that the LGBTQ community exists in the country and therefore the issue need to be addressed.

They mentioned that the LGBTQ community has been facing harassment lately.

"The LGBTQ community exists in this country. They are Kenyan citizens just like everyone else. We can’t continue saying this is a non-issue. People in the queer community are being murdered, harassed by the police and the system," she said.

Makena further added that the community is ready to engage in inclusive conversations.

"Gay children are being kicked out of boarding school because of their identity. These are real issues Mr president and it’s time to address them. We are here and ready to engage in conversations that will make us included. #Queerrightsarehumanrights," Makena continued.

Many criticized CNN for pushing William Ruto to a corner by asking him on his view on LGBTQ yet he has not been sworn in.
Entertainment
4 months ago

Why Makena Njeri hopes to be in government