Raburu has always been trolled for his weight.

• Raburu is among many celebrities who has been bullied for their body size.

• The 10/10 show host said he draws his energy from God and that he loves what he does. 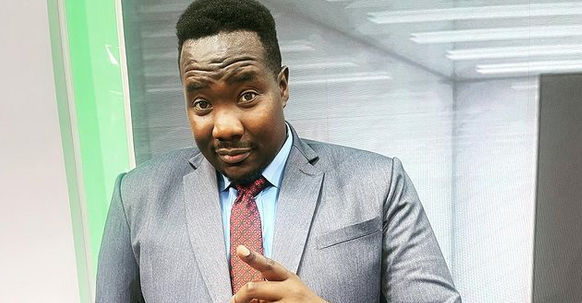 Media personality Willis Raburu has responded to haters who suggest he quit the cooking show he hosts on Citizen TV.

Raburu is among many celebrities who have been bullied for their body size.

Speaking to Mpasho's Elizabeth Ngigi, Raburu called out body-shamers stating that people need to be more sensitive about others.

"Well, it's okay for the haters to troll, because that is just what they do and who they are," he said.

"It is almost immoral to body shame an individual. Think about it every day I wake up in this body and live in this body and feel what it is like to carry the weight. Now imagine being reminded or treated like it’s your fault on top of that. Or pointing out the obvious. We need to be more sensitive to these things."

When he announced he was forced to undergo Gastric bypass weight loss surgery for the sake of his health.

After the interview, a section of his fans trolled the media personality asking him to quit his cooking show.

According to Raburu, said they cook healthy meals in the show.

"I can’t stop doing the show it is one of the most watched on citizen TV morning almost 2 million viewers, so we must be doing something right. Plus it's once a week jameni! Si basi tuseme ni cheat meal! But we cook very healthy meals," he said.

The 10/10 show host said he draws his energy from God and that he loves what he does.

"It is what drives me to keep it up. I love what I do so much and I am always seeking challenges," he said.

"That is not to say it is without its fair share of ups and downs. However, what I do is I focus on the bigger picture always and I know that happiness is a choice. So no matter what I choose to be happy. Easy? Not always but it's worth it."

Raburu said his major setback on weight has been his eating patterns.
Exclusives
5 months ago

Willis Raburu told that he hit a high of 164 Kgs, that led to his experiencing health complications like high blood pressure and high cholesterol.
Entertainment
5 months ago

Willis Raburu was responding to a fan who doubted his gastric bypass surgery.
Entertainment
5 months ago
WATCH: For the latest videos on entertainment stories