Thee Pluto talks on influencing his brothers to join YouTube

Thee Pluto has admitted he was part of the puzzle that saw his brothers join the content creation space.

• Thee Pluto has admitted he was part of the puzzle that saw his brothers join the content creation space.

• Three of his brothers have joined the content creation space 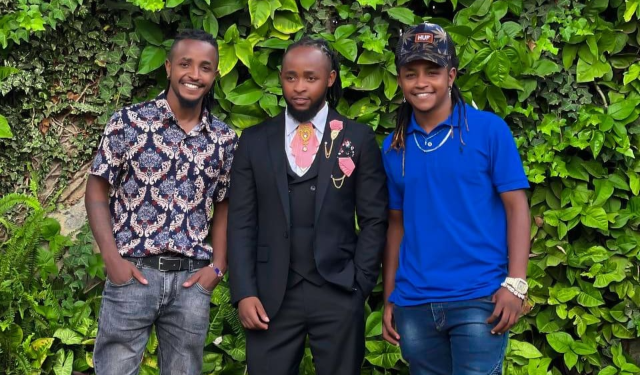 Speaking to mpasho, Thee Pluto has admitted he was part of the puzzle that saw his brothers join the content creation space.

Using the analogy of a child born to a doctor he led us into the details.

"Mtoto akiweza zaliwa babake akiwa daktari na every time the father is going to the hospital and carrying him around, there is no way the kid will not develop an interest in medicine, surgery, and such things," he put his point across.

He continued to note that through their encounters they gradually  developed an interest,

"What happens is that after one is subjected to a certain environment for some time they develop interest."

"I never influenced them, they developed an interest after I worked with them for quite some time," he stated.

Three of his brothers have followed his track.

The eldest, Dela Gatta has a joint YouTube channel with his lovely wife dubbed Dela and Shirley.

Thee Pluto speaks of and regards Dela highly, in their pregnancy reaction video, Pluto noted that after he told his parents they were expectant, Dela was the next person he reached out to.

His brother, Sam Tollad, has also been doing his thing with over 38K subscribers.

The youngest of them, Goddy Hunch, has garnered over 61K subscribers on his Hunch Show page.

Previously, Goddy was mostly visible on his brother's vlogs until he, later on, created his channel.

Thee Pluto remarked that YouTube pays but as a businessman he had to venture into other things.

"YouTube pays but as a businessman you do not depend on one source of income, basically, you have to invest in other sources in case one source is cut off," he said.

'I was not prepared psychologically,' Felicity on being pregnant for Thee Pluto

Thee Pluto and Felicity Shiru expecting their 1st child together

Kenyans are really picky when it comes to the type of person they date. Some reasons they won't date you is if you called a laptop 'lapi'
Entertainment
5 months ago
WATCH: For the latest videos on entertainment stories