• The allegations were made by one of his three baby mamas 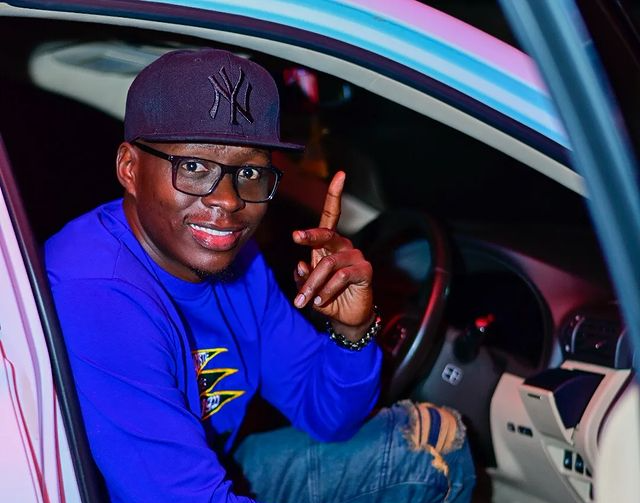 Comedian Oga Obinna's response to claims of being gifted a car by a sugar mummy
Image: Instagram

Kenyan Comedian Oga Obinna has responded to claims that the car he drives is a gift from a sugar mummy he is allegedly dating.

In an interview with Mpasho’s Dennis Milimo, the radio presenter sought to clarify that those are just baseless accusations being peddled by his baby mama.

He explained that he works 7 jobs to be able to afford a decent life and provide for his kids.

He insisted that he saved for years before affording the car he drives now and nobody has ever given him a free car.

“There is no truth in that, I have videos of me withdrawing money and bank statements of how I saved for the car, how I traded in my Toyota Harrier for this car.

"There is a car dealer called Mwangi, he knows the agreement and even the installments I was doing and how much I sacrificed for the car,” Oga Obinna explained.

The comedian went on to say; “Just because I gave her a car, she thinks it is very easy to be given a car. Kuna watu wana-date sugar mummy’s na hata rent pekee hawalipiwi,”.

The media personality further divulged that his baby mama knows how hard he works but he has chosen to ignore the facts.

“If I had a sugar mummy I would not be waking up at 4:00am, I could not be doing the 7 shows, not sleeping. I get home at around 3:00am, sleep for a few minutes and head out for the next show.

“Why would I do all this if I had a sugar mummy?,’ Obinna questioned.

In January 2022, Obinna announced that he had acquired a new whip after selling his Toyota Harrier.

In a chat with Jalang’o, Obinna disclosed that he had upgraded from a Toyota Harrier, 2007 model, which was his seventh car.

“This is my eighth car, my first car was a Nissan Blue Batch, Toyota Mark two, Axio, Range Rover Discovery.

“I actually wanted a Toyota TX, but am actually going for a TX, then back to a better Range Rover Discovery, then Range Rover sport. But the reason why I got this one is because the money did not balance,” the funny man told Jalang’o.

Comedian and Kiss 100 presenter Oga Obinna has finally addressed the ongoing drama involving one of his three-baby mamas.
Entertainment
5 months ago

Obinna said his boss is fine, and so is his co-host Kamene
Entertainment
5 months ago

Kenyan YouTuber Murugi Munyi alias has weighed in after Comedian Oga Obinna said that ladies with Tattoos and piercing on their bodies are not wife ...
Entertainment
5 months ago