All about new lady dancer Ezra FBI is dating

Ezra was dumped by girlfriend a few months ago

• Ezra has a new girlfriend a few months after breaking up with Isha.

• Ezra praised his new girlfriend saying she is more loving than all the women he has dated before. 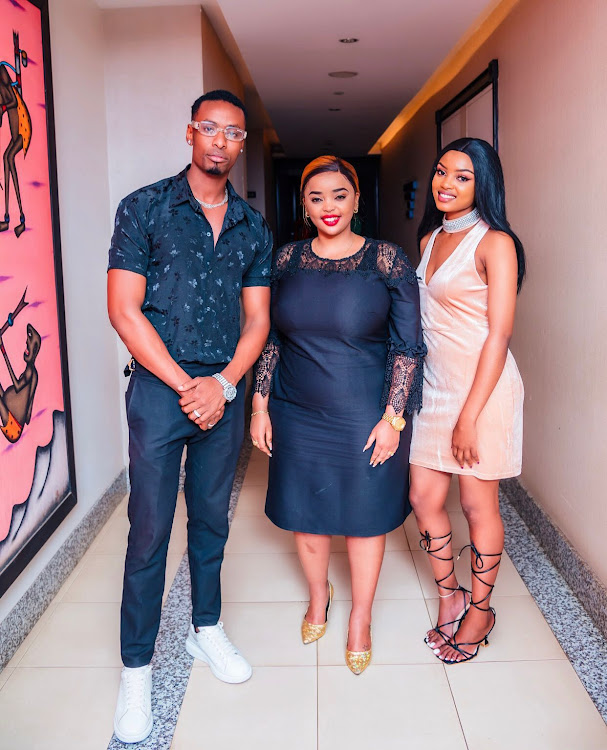 Dancer Ezra and founder of the incredible FBI dance crew has a new bae identified as EdiJah Mwai.

The two met at a youth conference a few months ago. Speaking to Mpasho.co.ke, Ezra praised his new girlfriend saying she is more loving than all the women he has dated before.

"We meet at a youth conference. She is more loving and she makes me understand the true meaning of love is a beautiful thing," he said.

Asked how long the two have dated, Ezra said, "We have dated for the past three months now. She is beautiful in and out and God-fearing and knows how to take care of a man."

Ezra also talked about plans to settle down with his new bae. "Yes, I want to marry her."

Ezra was dumped by his girlfriend Isha last year over cheating allegations in 2020. The dancer and his ex-girlfriend have been sharing really beautiful couple goals pics that left fans tongue-tied.

Isha made the announcement about their breakup on her social media by admitting that leaving Ezra has been the best decision she has made this year. Her confession was followed by a series of ‘receipts’ from her followers.

Ezra was not only accused of cheating by his ex-lover but was also alleged to be beating his girlfriend.

So bad that he once gave her pretty face a black eye. Isha admitted to having taken legal action against her boyfriend for being physically abusive.

Responding to Isha’s expose, Ezra, in an interview, said that he could no longer trust her, as anyone capable of ruining his public image like that was capable of anything, including poisoning him.

It is not yet clear what brought about the breakup but their fans are of the opinion that Ezra might have gone back to his earlier ways.
Entertainment
1 month ago

You are truly my ride or die! Former FBI dancer, Ezra, gushes about Fiancee'

Ezra, the former FBI dancer, wrote a cute post on his Instagram page for his fiance Isha Raffi.And we are a little obsessed.
Entertainment
11 months ago

The Day FBI Dancers Made The Commander-In-Chief DAB! (PHOTOS)

The Day FBI Dancers Made The Commander-In-Chief DAB! (PHOTOS)
Lifestyle
5 years ago
WATCH: For the latest videos on entertainment stories

Tanasha Donna is just a friend! Ezra of FBI clarifies after being dumped

Why I exposed Ezra on social media - Isha Raffi opens up