How producer Motif landed a gig with DJ Khaled

• Motif clarified that he wasn't featured on Khaled's upcoming album since the two haven't known each other for long, but he hopes to featured in future projects as a producer. 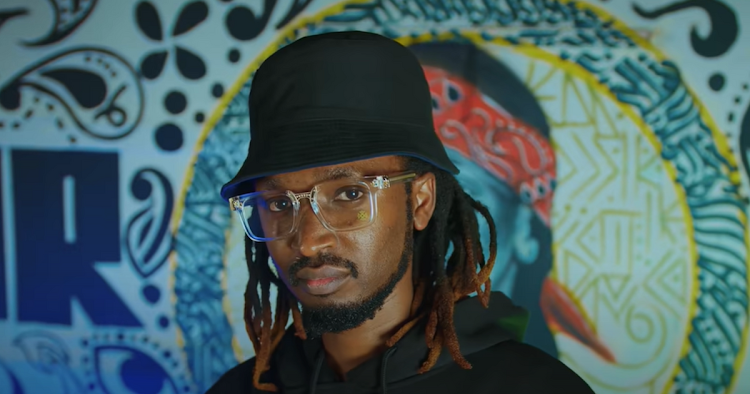 DJ Khaled is set to release his thirteenth studio album God Did  which will be the celebrated DJ's first album since last year's Khaled Khaled.

Speaking exclusively to Mpasho.co.ke's Kalondu Musyimi, an excited Motif revealed how he ended up being featured on the iconic DJ's album promo.

He said, "There are people we are working with so once my album is out we will be under the same record label.So in shor,t it is through our links and of course he knows and recognizes my work and it made it easier for me to be given the work of representing Africa."

He added, We've been talking but I am not the type of person to post screenshots of our chats. I have talked to many celebrities and you'd be shocked if I ever posted, I find it childish."

The two have been communicating via Instagram's Direct Messages.

Motif clarified that he wasn't featured on Khaled's upcoming album since the two haven't known each other for long, but he hopes to featured in future projects as a producer.

"I am not officially under the label and also they loved my work soon after we got to know each other. There are so many people who'd represent Kenya but my work stood out for them and that's how they settled on me."

The man who is celebrated as one of the best music producer and audio engineer, says the moment Dj Khaled posted a video which he's featured he has been receiving 'fake love'

"I have been receiving endless phone calls and I am forced to pick them. When we pushed the Madaraka Day song no one cared but now they are busy commenting on the video. It brought some sort of respect which we deserve anyway," he noted.

Speaking about his upcoming album, Motif revealed that it was already complete by the beginning of this year and he was in the process of looking for the right people before its official launch.

He promises to give Kenyans a once in a lifetime experience through the album which will feature many African legendary acts.

Check out the promo video below;