• In a past Q and A session with fans, Govi said he had no issue with it.

• Govi said he was misunderstood as he did not mean old women. 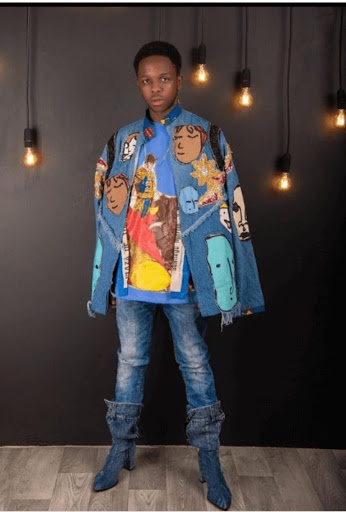 Former 'Machachari' actor Govi in April was a trending topic on social media after he announced he had dated older women.

According to Govi, age is never an issue in who he wants to date.

"Uh, yes, as long as we have chemistry. In my own life, I have dated older ladies from back then."

Speaking to Mpasho.co.ke, Govi said he was misunderstood as he did not mean old women.

He explained his point;

"Kenyan fans are interesting. Old means, someone or something that is overstayed. For me, I meant older. You could be a day older and that is what I meant," he said.

"I am open to dating any woman but my preference is older, which women which could mean, one day older, two months  or even 50 years older."

Govi added that his fans did not wait for him to explain what he meant.

"Love is about two people. You cannot decide for anyone who to love. People have a mentality that I am still a kid they saw on Machachari and that they can dictate what I should do."

Govi said he has ever dated was one who was four years older than him.

"I think that is the oldest that I have gone. That is my limit. Four years and below is my preference."

He said being exposed to adult life at a young age, made him mature early.

"If you grow up somewhere seeing older people behaving in a certain way, you might end up liking that and for my case," he said.

Govi started acting at Machachari at the age of five years.

"Being exposed to older people at a young age has made me want to date a woman older than me. Once in school, I pecked a classmate and she started crying, I was like why is she crying? It is normal."

Ever cried over a heartbreak, Govi said everyone has cried.

"I think for me, my reason for the crying was that the world says 'when heartbroken, cry about it," he said.

"I tend to be closer to those who heartbreak my heart. I become friends with them but everyone has their own life.' heartbreaks have made it hard for me to trust people."

Govi's dad lives in the US and the actor will be visiting him for the first time.
Exclusives
2 weeks ago

Machachari actor Almasi was playing with a snake on his neck.
Entertainment
3 weeks ago
WATCH: For the latest videos on entertainment stories