• He believes people in high places knew it would be a very big call to rally the young people. 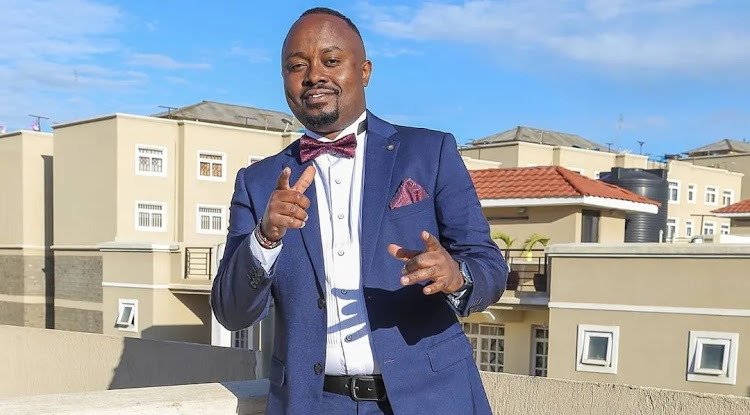 Many years back, radio presenter and content creator Jaymo Ule Msee launched his Mafisi Party of Kenya (MPK) but his efforts to register it as a political party bore no fruits.

He said he tried to register it three times without success.

Speaking to Mpasho, Jaymo says there were people in higher places who frustrated his efforts, not because of the name but because they knew it would be a very big call to rally the young people.

"The reason why it never succeeded is that some people in government would not allow that to happen. But it was supposed to be a party for the young people," said Jaymo.

That is when he decided to work with 'like-minded individuals' who happen to be the Roots party of Kenya and it's presidential candidate, Wajackoyah.

He says he is on a mission and if a brand decides to drop him or should he even lose his radio job, he won't care less because 'the cause of what I believe in will have to continue.'

Did Jaymo have any other preferred candidate before joining Roots party?

Jaymo was asked whether his joining Wajackoyah clearly means he will vie for a political seat in the future.

"That is not necessarily you see that's not how politics work. Hiyo wakati ukifika tutajua kwa sahii let's focus on the main job which is winning the 2022 9th August general elections," he said.

He says his decision didn't come as a shocker to his family and insists they are all supportive of his appointment and the decisions he makes.

"My family is good they are always aware that I will always be surprising them with some of the moves I'll be making. It is something of course they expected so wako sawa and they are supporting me in this journey."

On Professor Wajackoyah's plans surrounding legalizing and selling of marijuana, Jaymo acknowledged that there is a drug abuse problem that needs to be addressed.

He says Kenya has the necessary body mandated by the government including some non-governmental organizations that are actively involved in solving the issue.

Jaymo Ule Msee added that if the same question could be directed to the men, the world could stop as most of them have been notorious in the pasts.
Entertainment
1 month ago