Video: Makena Njeri opens up on dangers of being an LGBTQ activist

• Makena who opened up about their sexual orientation last year says running Bold Network foundation has not been a walk in the path.

• However, Makena admitted that all activists live in fear despite being bold. 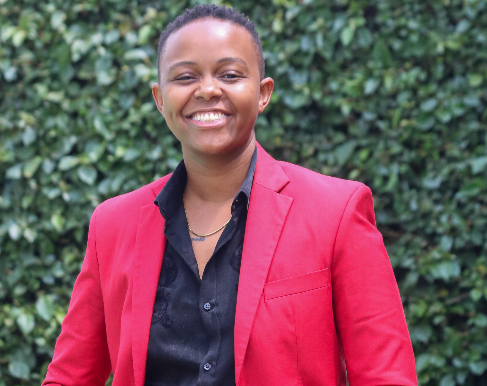 Makena who opened up about their sexual orientation last year, told Mpasho that running the Bold Network foundation has not been a walk in the park.

At times, they have wanted to quit but thinking about the impact that would cause on those who look up to them, gives them the energy to move on.

"Activism has exposed me to danger if I think about it. But what else are we supposed to do?" Makena asked.

"It's either I will be bold and continue being bold about it, or give up and just disappear. If I do that(quit), what impact will I have created for people not only the queer but even young people who want to be bold in whatever they are pushing?"

Makena said they want people to grow up being bold in all circumstances. However, Makena admitted that all activists live in fear despite being bold.

"We understand that this is the work that we need to do and we speak to our God to protect us and keep on the work without fear," Makena said.

Makena said they have many times faced discrimination, trolling, and hate from society.

"I am always discriminated against. Every time I go on social media, I am constantly being judged and corrected about being me. It doesn't bother me anymore since it's part of the job I do. It hu

rts that letting people in your life can make them bash you."

Speaking about their relationship with the church, Makena said there is so much hypocrisy with church leaders.

Makena said they stopped going to church after they faced discrimination.

Makena said they would love to tell the church to understand that love is the greatest commandment.

"I don't think there is a human being who is lesser than the other. Practice what you teach."

Makena said they get tired and even feel like quitting, but the wins keep them going.
Exclusives
6 months ago