They may seem like the same craft but they're not, the main difference is the intention, strategy, and delivery of their work. 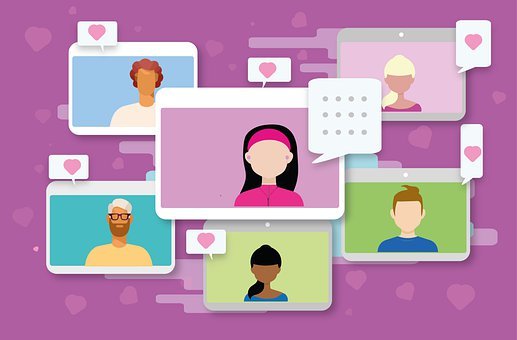 Following the wake of the drama that ensued with the Fenty Beauty launch, I decided to dive into dissecting who a content creator is, as well as an influencer, and the difference between the two as these words are casually thrown around in social events with everyone claiming to be one of the two.

Also, I'll be looking at occasions befitting both and expectations from them once they are invited to an event.

While it may seem like these two are pretty much similar or even identical, they ain't.

Main difference? The intention behind their work, that is the goals, strategy, and delivery.

An influencer is someone who has influence over an audience. They usually have a strong social media presence on one or multiple platforms and a huge following who enjoy listening to their ideas about specific topics.

Influencers build their base of followers by regularly posting tips, tutorials, and information.

Influencers promote products and lifestyles through photos, videos, blogs, reels, and other forms of “viral” media.

Influencers can create content however, they are more focused on audience engagement, promotions, and portraying a certain image about themselves and their lives to sustain and grow their influence.

They vary from writers, photographers, videographers, or graphic artists who use their creativity to create typically original work in an array of written, visual or audio formats.

This may be shared for money, audience building, brand awareness, or just as a way to share their talents online.

With that being said, I believe there should be a proper and learned way how you invite influencers and content creators to events.

I know you want their viewers and the numbers but why would you opt from inviting someone who is actually knowledgeable say in food to a food event and invite a makeup/ hairstylist. Beats all logic.

Understand the craft and then have a list depending on who is who from that side.

On that note, it gets boring seeing the same faces at all the events all the time. Again it gives off gatekeeping vibes because are you honestly trying to tell us no new talents have emerged and broke ground over the years?

Everything can not be for certain people day in and day out.

Expose us to new talents!

As a nation let us learn to have a proper filter on who attends what, otherwise we will forever remain in the shadows and undervalued as we question what nations like Nigeria and South Africa are doing differently.

Kenyans were disappointed that the list lacked big makeup artists and skin care content creators and was flocked by our every day influencers.
Entertainment
1 month ago

The good, and the bad of Loreal's attendees fashion choices
Exclusives
1 month ago
WATCH: For the latest videos on entertainment stories