How Janet Mbugua's brother deals with negative comments about her

Janet Mbugua's brother on being triggered by her haters

• He said as a public figure, Janet has faced both positive and negative criticism from her fans and at times, he feels he needs to speak on her behalf.

• Samuel said he allows Janet to get her space as she is tough and has adopted to the online bullies. 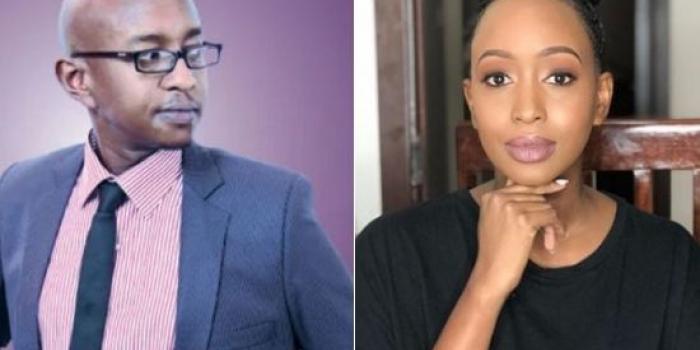 Kevin Samuel, elder brother to Janet Mbugua has spoken out on how she plays the role of a big brother in her life.

Speaking to Mpasho.co.ke, the veteran actor spoke highly of his sister, Janet. He said as a public figure, she has faced both positive and negative criticism from her fans, and at times, he feels he needs to speak on her behalf.

However, Samuel said he allows Janet to get her space as she is tough and has adopted the online bullies.

"She is one of the most authentic people, coz who you see on TV, is who she is," Samuel said.

"As a big bro, I have learnt how to be protective of her but in a way also to give her space, coz you see a lot of people say stuff about her. I have had to learn not to be triggered by it. You can be triggered by things as a big bro."

Samuel said Janet is a tough woman who knows how to handle social media bullies.

"She had that kind of life force in her since she was a young girl. She also loves the girls she works for in her Inua Dada projects and other humanitarian jobs she does. It is invested in her," he said.

Samuel said he is proud that his five-year-old daughter will have Janet as a mentor and someone to look up to.

"Janet is one of the funniest human beings you will ever know, but you will only know about that since am the big bro. When I think my daughter got to have an aunt like Janet, they have so many similarities. The way she laughs. It is great to see her have Janet as a mentor."

Samuel is featured in the latest Showmax thriller, 'Igiza', as his last project as he retires from acting to focus on spreading mental health awareness.