Actor Luwi dating a musician after breaking up with socialite Pendo

• Actor Luwi has been spotted with a Coast-based singer hanging out at entertainment joints.

• Luwi broke up with his socialite girlfriend Pendo in 2017 on grounds that she cheated on him. 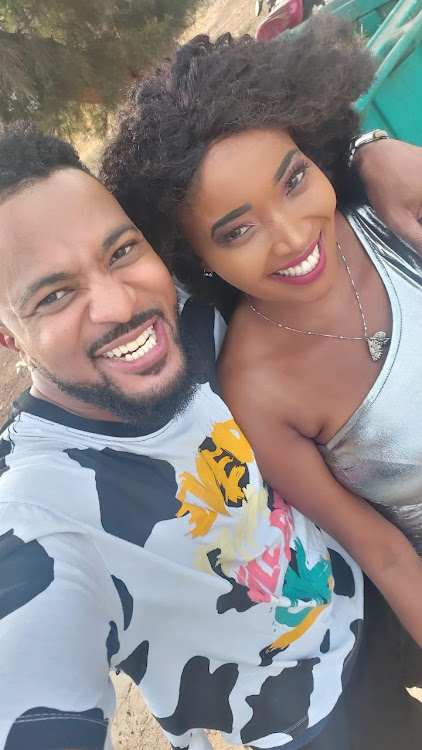 Luwi is rumoured to be in a relationship with a Coast-based musician identified as Pokomo Princess.

A short clip of the two sharing a cake during Pokomo's birthday surfaced online.

Photos and videos shared showed the singer and Luwi sharing a cake as they all smile holding each other very close.

"What exactly do you want me to say? Nikisema kitu like.... "sipendi ku air my personal issues, all I can say is that Luwi is a great man with a great personality and a man of his words, but if the fans are suggesting so, I got no comment on that," she said.

Luwi did not pick up our calls.

Luwi broke up with his socialite girlfriend Pendo in 2017 on grounds that she cheated on him.

In a past Q and A, Luwi was asked whether he and Pendo would ever reconcile.

Keeping it short and sweet, Luwi said, ‘No’.

Adding sarcastically, "‘’Yesu akija duniani (If only Jesus would come on earth)."

This statement is simply to signify he was done with Pendo.

The actor who admitted that he was currently dating, also talked about why the relationship between him and Pendo did not work out.

Luwi said; "She was not real."

On her side, Pendo admitted to cheating on him revealing that she enjoyed every moment of it.

In a recent interview, Pendo said she has also moved on and is in a good relationship but not ready to reveal him on social media.