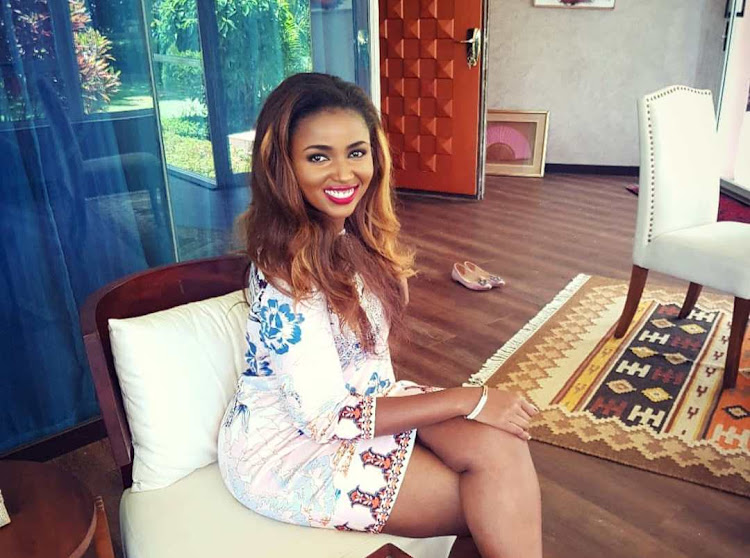 A lawsuit against Keroche Breweries heiress Anerlisa Muigai from 2018 has culminated in drama in the posh apartments in Lavington.

Back in 2018, Mwananchi Credit Limited and Dennis Mombo sued Anerlisa for defaulting in paying a loan of Ksh 13m.

According to the suit paper, "She defaulted in servicing the loan leading to the institution of HCCC No. 357 of 2017 which was referred for mediation; that when the suit was pending mediation, the defendant negligently and recklessly published on social media namely her Facebook and Instagram platforms untrue allegations against the plaintiffs which were defamatory.

That the publications against the plaintiffs in their natural and ordinary meaning meant and were understood to mean inter alia that the 1st plaintiff company was incorporated to carry out fraudulent business under the guise of a lending institution.

That the 2nd plaintiff is a fraudster who uses his company to defraud people and he had colluded with one Ben Kangangi to defraud the defendant of KShs.20,000,000."

Following the suit, a decree by the high court was signed by the deputy registrar on October 26, 2020, reads: " That the judgment be and is hereby entered in favour of the 2nd Plaintiff (Dennis Mombo) against the Defendant (Anerlisa) in the sum of Ksh 2,500,000."

Adding that "the amount will attract interest from 14th November 2019 until payment in full."

Today, auctioneers tried but failed to get access to Anerlisa's Lavington home to recoup the cost of the judgement.

The drama is still ongoing. Kep it here for more.

"Today is one of those days I can say I feel rested and blessed. I have gone through a lot from losing my sister, family business being affected, ...
Entertainment
7 months ago

"Don't ever think you used me, you just ran into a real one with a big heart." - Anerlisa tells her ex.
Entertainment
6 months ago
WATCH: For the latest videos on entertainment stories