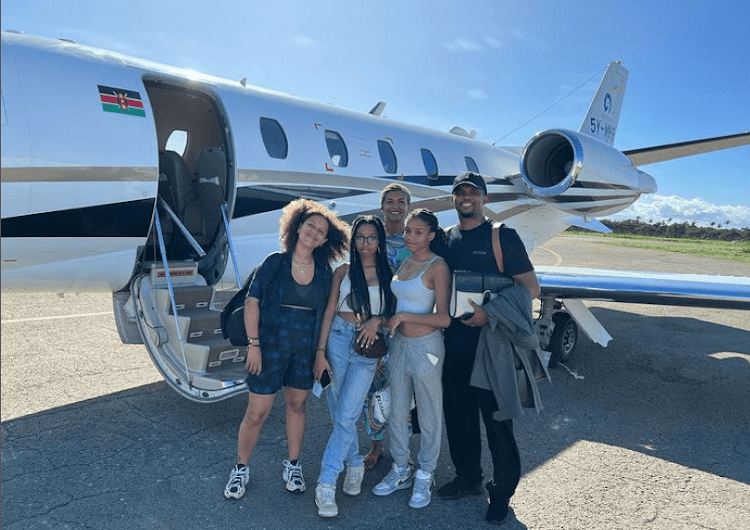 Footballer Samuel Etoo with his wife and children during a vacay in Malindi
Image: INSTAGRAM

Popular footballer Samuel Eto'o is in the country for the 9th edition of the Africities Summit is scheduled to take place from May 17 to 21, 2022 in Kisumu, Kenya.

This comes days after he together with his family enjoyed a vacation together at pristine white sandy beaches in Malindi.

Eto'o who loves to travel spent time in the coastal town in a very private hideaway and only spoke about it when they were jetting back home.

Now, in three days' time, he is expected to be one of the attendees at the Africities event that kicks off on May 17.

Eto'o will be attending in his capacity as the president of, the Cameroon Football Federation. His fellow football star and legend Didier Drogba will also be representing Cote d'Ivoire at the summit.

It seems like the summit will be star-studded because, for the first time, the Africities Summit will have a Goodwill Ambassador: Lupita Nyong'o, Oscar-winning Kenyan actress, star of the movie “Black Panther” and its upcoming sequel “Wakanda Forever”.

One of the goals of this edition is to mobilize the African and Afro-descendant diaspora to begin the journey towards an African renaissance with their fellow citizens who have remained on the continent, as well as with all people of goodwill interested in the development, integration, and unity of Africa.

Samuel Etoo in Malindi with family on vacay (Photo)

Popular footballer Samuel Etoo was in the country on holiday.
Lifestyle
5 months ago