The Rhumba band says they have received no royalties 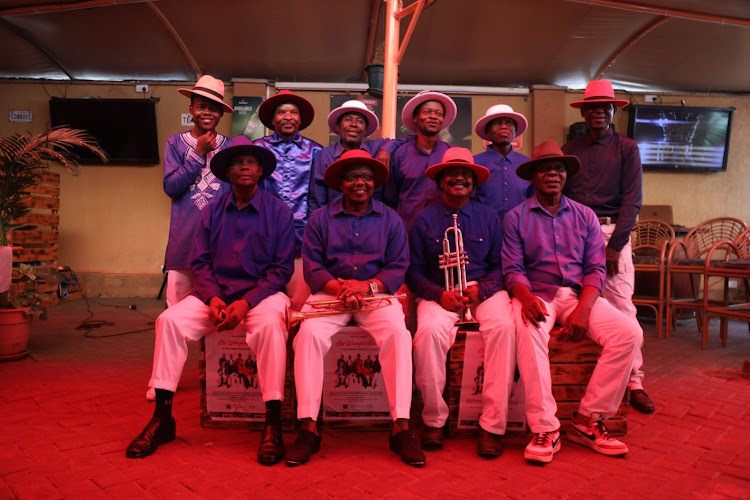 Iconic Kenyan band, Les Wanyika, have come out to say that popular stars sampled their music without their knowledge and permission.

In an interview with Mpasho, Les Wanyika trumpeter and founding leader, Sijali Salim Zuwa, said that they were in shock to find out that many artists have sampled some of their songs like Sina Makosa tune in their viral hits.

"Ata mimi naskiza kutoka kwako, hatujaelezewa chochote from them about that (I am just finding out about this, they never shared any of those plans with us). They have sampled many of our songs but never got any permission from us," Sijali Salum Zuwa the bandleader said.

The legendary band was aware of other stars doing many samples for their songs. However, artists like Wyre and Tanzanian Cool James sampled the Sina Makosa beat and turned it into hit songs.

His confession immediately triggered a vital question about what share of the royalties they got after many of their songs have been sampled by different artists.

"We never received any payment from any artists who sampled our songs, but we have decided to make a follow-up so that we also get our share from them,"  the lead vocalist Zuwa responded.

The band was speaking at a press conference hosted at a hotel in Westlands, where the band announced their comeback which is why they plan on following up on their sampled songs.

The ten men band promised their fans new content with a great message to the young generation.

Les Wanyika at the presser assured fans that that they are the real deal and that the original founding members are still in the group.

The boy band and Burna Boy have always been best buddies as Savara noted that he gave them their first Grammy.
Entertainment
5 months ago

Bien has no scandals and is not dramatic.
Entertainment
6 months ago
WATCH: For the latest videos on entertainment stories