• Kerry Martin denied earlier reports that one of them had been cheating, saying he can't really pinpoint what led to the end of their marriage.

• He downplayed the possibility of being celibate for the rest of his life. 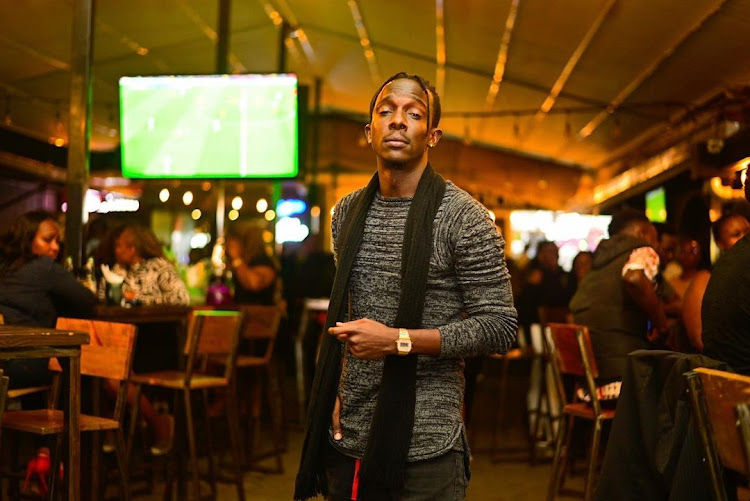 Homeboyz Radio presenter Kerry Martin has revealed that he may or may not get married again.

Speaking to Mpasho's Kalondu Musyimi, Kerry admitted that he  still keeps photos of himself with his ex-wife.

"I still have photos of us together Photos ni mingi sifikangi huko."

Kerry denied earlier reports that one of them had been cheating, saying he can't really pinpoint what led to the end of their marriage.

"Nothing. Just life. It's not even about cheating."

Does he want to date, can Mpasho find him a girl?

"Uhmm no thanks I know Mpasho has the ability but I do not want. I want to do life by myself not 'till death do us part."

The presenter says he can opt to 'marry himself' since no one knows him better than him.

"One thing about me I don't I won't kiss and tell past, present and future. Well if it happens, it happens but I'm not looking"

However, Kerry downplayed the possibility of being celibate for life.

"Nah that has got nothing to do with celibacy. When you are playing football, you can either chose to play with no shoes and stab your toe or wear shoes and be safe," he said.

Does Kerry still believe in marriage?

"Right now? I don't believe in my self getting married. Yeah other peoples marriages, that's them to believe in. It's n tough to say never ever about marriage.

I don't know what the future holds but right now I don't think I'm getting married. I learnt it's good to get to know somebody before you take that step. It's a big step."

When he looks back, what does he see made him to rush into marriage?

"Do I think I rushed into it? No. I think I don't regret it, but also I think I rush is not the word its more of coz there are people you find are married for 30 years and decided to get to know each other for two months so you never know when its time."

Wambui Wanjigi urged Kenyans to support him to have a taste of how Jimi Wanjigi is a visionary and great person.
Politics
2 months ago

Monica’s line was in communication with that of Jowie on September 1.
Crime
1 week ago