• Huddah says the mission to have Omanyala might make her not go back to Dubai soon.

• Huddah expressed interest in Omanyala after his outstanding performance at the Kip Keino classic where Omanyala set a world lead of 9.85 to win the men's 100m championship. 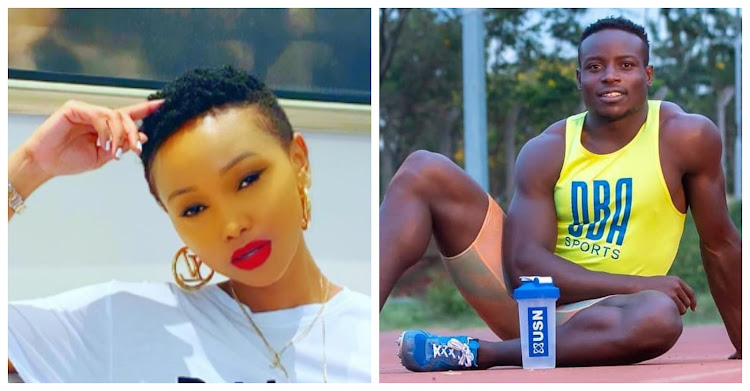 During the weekend, Huddah took to her social media to express her interest in the 100 Metres Olympics medalist, saying he is not so bad.

Having landed in the country recently, Huddah says the mission to have Omanyala might make her not go back to Dubai soon. She asked Mpasho to link her up with the athlete.

The socialite expressed interest in the sprinter after his outstanding performance at the Kip Keino classic where Omanyala set a world lead of 9.85 to win the men's 100m championship.

Even though Omanyala is a married man, he is just the type of man that Huddah likes to have a man who is well built.

In a past confession, Huddah said that the tall, dark, and handsome men can be difficult to date because their mothers make it difficult.

"It’s too much hard work, you can easily  go mental! And the reason is their mothers. Y’all women with sons, do better for the next generation of black men!” she said.

On the kind of man she would like to date, Huddah is also clear that it has to be one who is honest.

"I would never leave a man for cheating. But I'd be quick to leave if he is a liar. I'm not your mother. I won't beat you up! We are adults keep it 100! Especially black men lie for no reason at all."

Huddah got fed up with lying men after the exprerience she went through in the hands of an ex boyfriend.

"My ex used to tell little lies that even when he is sick I wouldn't believe it ! I have to see him in ER with a hospital gown to believe it! He could die in front of me and I think he is playing because I need evidence, bro,"Huddah wrote.

Why Socialite Huddah Monroe wishes she was a man

He will be working out alongside Teacher Wanjiku's husband Victor Ber.
Entertainment
2 months ago