Frankie says he will have to meet Diamond Platnumz some day.

• Frankie Kiarie had gone to Tanzania for a mini vacation. 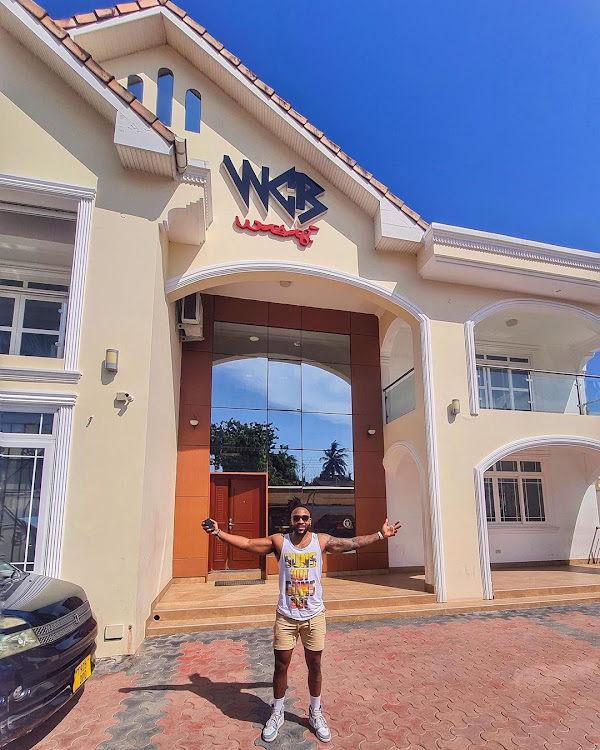 Fitness Coach Frankie Justgymit has revealed why he had visited Wasafi offices in Tanzania.

Speaking exclusively to Mpasho, Frankie said he wished to meet Wasafi boss Diamond Platnumz but did not.

"I had gone to Dar Salaam to just relax. I did not meet Diamond, I met his stylist. If I have gone a little earlier I could have met him he had just left. Maybe we can arrange something for another day," he said.

Asked what he would have told Diamond if he met him, Frankie responded;

"If I met him I would have asked him how he started and the whole process of his journey. I would want to know how he handles social media, he is a very good business person. He is someone that I look up to and I would want to pick his mind. I will have to meet that guy."

Frankie says he is very intentional about what he posts on his social media.

"I limit my comments because I do not want people who don't follow me to comment. If you want to comment on my posts you have to follow me. That is why you get followers. I do not post just anything my posts are very calculated."

Many had assumed Frankie had gone to Tanzania to meet Diamond Platnumz.

This was after he shared a photo of himself outside WCB offices stating he had gone to visit his favourite animal, Simba.

Simba is Diamond Platnumz's other name.

"Wasafiiiiii I came to visit my spirit animal #Simba " he wrote

Frankie says he plans on meeting Diamond so that they can share ideas.

The father of four hailed Diamond for his business acumen adding that not many people have his zeal.

Frankie gave fans one final taste of his family.
Entertainment
2 months ago

The boy had to undergo the procedure to remove the adenoids that caused him difficulties in breathing.
Entertainment
4 months ago

Slow down! Corazon Kwamboka told by fans after speaking about baby number 3

Corazon said she had not planned her second pregnancy.
Entertainment
4 months ago
WATCH: For the latest videos on entertainment stories