•Madocho is a father of two.

•He is the Brand Ambassador for NCIC, he was appointed to help create cohesion during the election period. 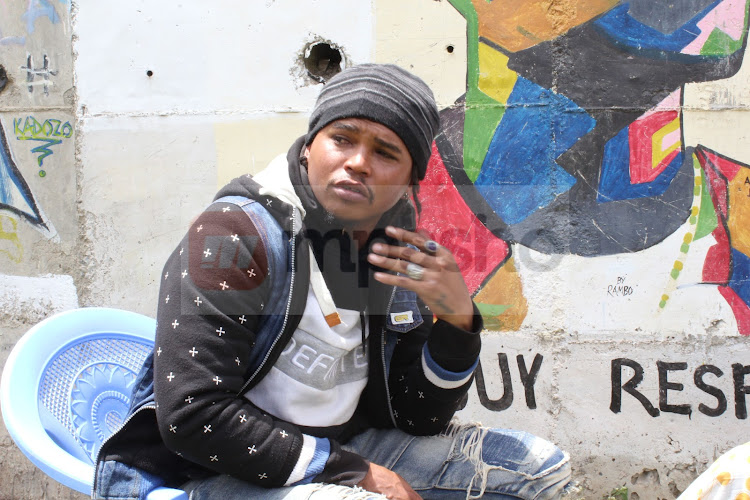 Kenyan sheng master Madocho has warned ladies to stop sending him DM's adding that he is married and doesn't want temptations.

"I loved Swahili back in Primary school, but when I got to high school I became interested in English."

"They speak in English, Sheng is something foreign to them. When I speak they treat it as comedy. I loved Swahili back in Primary school, but when I got to high school I became interested in English."

Madocho says he has been married for the last 11 years.

"I have stayed with my wife for the last 11 years. So that I get her I had to create a false illusion, which she fell for. I love my wife and kids very much."

On how they come up with the sheng words, he said;

"When we come with a new word we release the words to the street and push it.

Different places have different sheng languages, we exchange words used by other communities and use them in our 'dictionary.'

I love art and sheng is an interesting language, it is used by everybody.

People get interested to know what one is saying given sheng involves different languages from different communities."

Madocho is the NCIC Brand Ambassador and his appointment was announced 2 weeks ago.

He will help promote cohesion among the youth living in the slums.

The election period has always been violent in Kibera due to the high number of unemployed youth.

Madocho says his fans should expect some new music.

"We don't want the youths to be the ones being used to conduct violence at any point. So any person found inciting violence will be dealt with ...
Politics
2 months ago

Madocho explains how daughter saved him from a life of crime