Refigah says politics is not a bed of roses

• Having founded the Simama na Kibra Foundation, Refigah says he has touched the residents' lives more than his competitors. 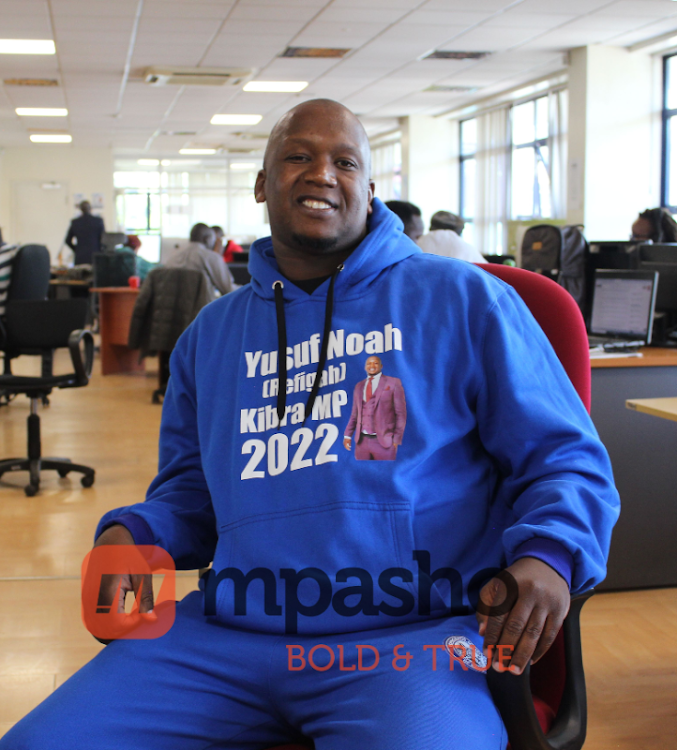 Kibra MP contestant Yusuf Noah, aka Refigah says he is not guided by a manifesto in his quest to join parliament in August 2022.

Speaking to Mpasho, Refigah said he is guided by his vission and dream for Kibra residents, and would like them to focus on that.

"Manifesto is boring. Anyone can stand and give you the best manifestos. Talk is cheap. I will keep on sharing my dreams and vision with the people of Kibra, but I would like them to see me from where I am from and what I have done," the Grandpa records boss said.

Having founded the Simama na Kibra Foundation, Refigah says he has touched the residents' lives more than his competitors.

"We should start with a track record before yapping about manifesto."

The renowned music producer went on to warn fellow creatives against joining politics without good intentions.

Refigah dismissed the notion that political parties are sideling creatives when it comes to issuing nomination tickets.

Refigah says he is not an opportunist
Exclusives
1 month ago