• King Kaka and his wife Nana Owiti are fond of celebrating their two children, while not leaving behind the son of their house manager. 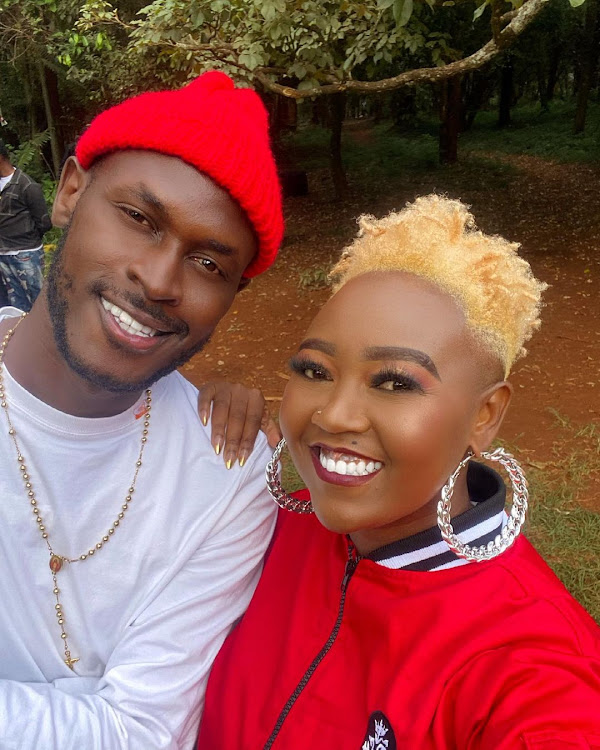 Rapper King Kaka has addressed widespread reports that he might have fathered the son of his house manager.

As a family man, King Kaka and his wife Nana Owiti are fond of celebrating their two children, while not leaving behind the son of their house manager.

In photos shared by the couple today, some fans had opined that the child resembles  Nana Owiti's son, as if King Kaka fathered him too.

"I don't know why they resemble so much. They have stayed together for long. We dress them the same... People are just stupid online, they are trying to push stories that don't exist," the rapper told Mpasho in an exclusive interview.

King Kaka said he considers the child and his mother as their family members.

"We have been with my house manager for a very long time since my daughter was born. Over 8 years."

"Everytime I sign a deal I know that i have consumers that I have grown with for years. It means I have a position to talk to a manufacturer, I am like a middleman. I am very keen in the products that I endorse, if I don't like it I will not take it, I am here representing the people," King Kaka said on the endorsement.

• The young man had posted his outfit online that sparked the attention of a lot of people.
Entertainment
1 month ago

Rapper King Kaka has shared how his entrepreneurship journey began. In an interview on Iko Nini, King Kaka said he started doing business in high
Entertainment
4 months ago