I'm sorry I posted lies about ASAP and Rihanna - Source

Twitter user claims her sources lied about Rihanna and ASAP

•  "I've always believed that an unfounded lie spread on social media doesn't deserve any response or clarification, especially one that is so vile. I initially assumed it was fake gossip with such malicious intent - would not be taken seriously.⁣" - Amina Muaddi.

• Now, mini-blogger Louis has posted an apology over the tweet that caused an online uproar over claims of Rihanna breaking up with ASAP over cheating rumours. 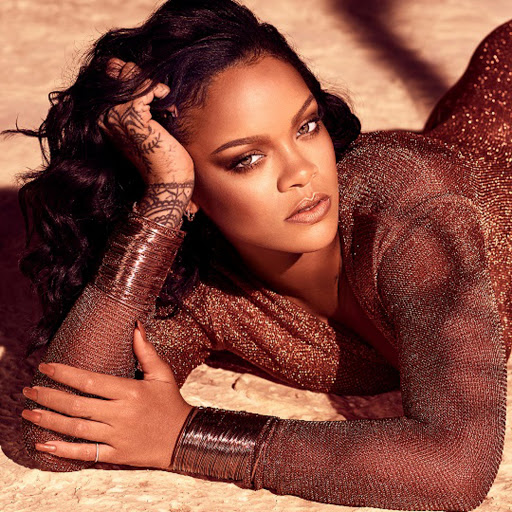 A Twitter user posted a story claiming that Rihanna's relationship with rapper ASAP rocky was on the rick after she found out he was cheating on her with Amina Muaddi, a popular shoe designer for Rihanna's Fenty brand

A source close to Rihanna and ASAP told TMZ, "100% false on both counts - breaking up and cheating," and then added, "1 million per cent not true. They're fine."

Amina took to her social media to clear her name.

She wrote, "I've always believed that an unfounded lie spread on social media doesn't deserve any response or clarification, especially one that is so vile. I initially assumed it was fake gossip with such malicious intent - would not be taken seriously.⁣⁣

However in the last 24h, I have been reminded that we live in a society that is so quick to speak on topics regardless of factual basis and that nothing is off-limits. Not even what should be one of the most beautiful and celebrated times in one's life."⁣

She added, "Therefore I have to speak up as this is not only directed towards me but it is related to people I have a great amount of respect and affection for. While Rih is continuing to live her serene, best-dressed pregnancy and I go back to my business, I wish everyone a beautiful easter."⁣

Now, mini-blogger Louis has posted an apology over the tweet that caused an online uproar.

Louis laid the blame on sources who did not have the correct information.

The apology read: "Hi all, so I'd like to address the situation. Last night I made a dumb decision to tweet some information I had received.

I'm not going to talk about sources, blame others for a discussion that was started, etc because at the end of the day I made the decision to draft that tweet, press send and put that out with my name on it."

Adding, "So I'd like to formally apologize to all parties I involved with my actions and for my reckless tweets. I fully accept the consequences of my actions for my tweets and any harm they caused.

I have no excuse for it, I've been way too wrapped up in the Twitter drama and unfortunately leaned into being messy as a brand which is something going forward I'm going to move away from.

I'm going to take some time away from Twitter to figure out what that looks like and how I can start using my platforms better as I've gotten away from using them for more positive work. Again I apologize to them for this unnecessary drama."

Pastor Ng'ang'a's wife said that after reading romantic messages and calls from women, she gave up and left the man of God.
Entertainment
1 month ago
WATCH: For the latest videos on entertainment stories