'I am a rebel and gangster,' Audi says of her new role in 'Salem' Telenovela

Audi will take the role of Samantha

• "Audi and Samantha are both tomboys and are good at switching from English to Sheng. The fashion sense is also similar." 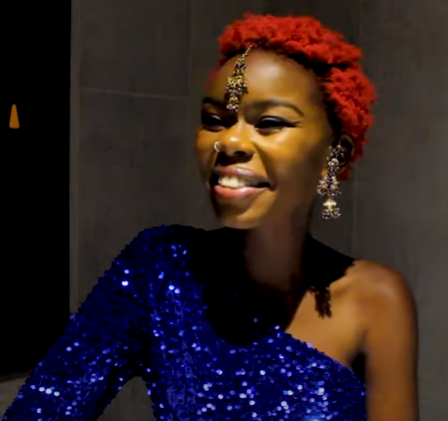 Actress Audi, who is starring in the Salem Telenovela as Samantha has spoken about nailing the role in the show.

During the launch of the new Telenovela that will be airing on Maisha Magic, Audi revealed that she will be a rebel and gangster since that is who Samantha is.

"She steals cars for a living."

She added that there are some characteristics of Samantha that she shares in real life.

"Audi and Samantha are both tomboys and are good at switching from English to Sheng. The fashion sense is also similar," she said.

Samantha added that people will be shocked at her character on Salem since they are used to her good English when off the screen.

Samantha will star in the Telenovela as the girlfriend of former Machachari actor, Brian Kabugi, who is taking the role of Tito.

"We are good at our jobs. Me and his real girlfriend are very good friends," she said.

Kabugi said he took up the role once he realized he would spark a conversation about mental health in young people.
Entertainment
1 month ago

The finale welcomes Lenana Kariba as William Sande
Entertainment
1 month ago
WATCH: For the latest videos on entertainment stories