Modecai will be featuring his daughter Alika

• Being Hart the Band's 4th studio album, they have prepared 7 records meant to paint an image of celebration, togetherness & uplift the spirit of each listener. 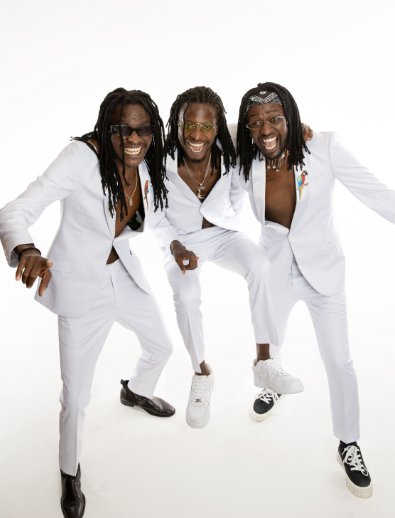 Music trio Hart the Band is set to release their first album of 2022 dubbed 'Party Time'.

The album, they say, is a new sound influenced by a new genre of music that fuses Kenyan Local dialect with commercial pop music opening a new market for the Kenyan music industry.

Being Hart the Band's 4th studio album, they have prepared 7 records meant to paint an image of celebration, togetherness & uplift the spirit of each listener.

In 'Party Time', Mordecai will be producing his first track that features his daughter Alika.

“The past two years or so, have proved to us all how fragile life can be and we saw the need to do an uplifting masterpiece. Something you can both listen and dance to," Mordecai says.

“With this album, we would like to encourage everyone take it easy, to breathe, not to be too hard on themselves & to always find the time to Celebrate their wins no matter how small."

Last year, Hart the band released the My Jaber song, with was a big bang from the tracks in their third studio album, Simple Man.

They started by releasing an audio of the song, which garnered millions of views on You Tube. The 'My Jaber' official video was later released and garnered more million views.

My 'Jaber' song by Hart the Band has become an anthem on Kenyan streets. The group made of Wachira, Modecai and Ken told Mpasho that they were
Exclusives
6 months ago

Music group Wanavokali has released their much-anticipated 'Wanavokali' album. The self-titled album is made up of genres ranging from Rhumba, ...
Exclusives
6 months ago
WATCH: For the latest videos on entertainment stories