'He is not my ex-lover,' Anerlisa Muigai responds to SH 2 million lawsuit

Anerlisa was unaware of the case

• Anerlisa says she was not even aware that the man had filled the lawsuit, neither was she served with a notice/court order. 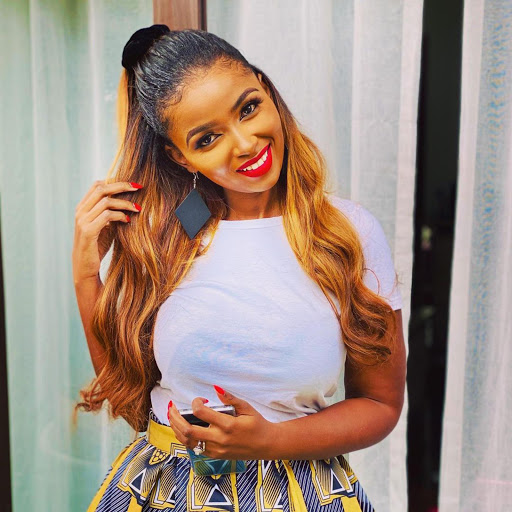 Anerlisa Muigai has denied claims that Ben Kangangi is her ex-boyfriend.

According to Anerlisa, she has never dated the man who filed a lawsuit against her in March 2018.

She further told Mpasho that she was not even aware that the man had filled the lawsuit, and nor was she served with a notice/court order.

"They never served me any papers, this was done maliciously. Undercover and without my consent."

Anerlisa adds that she was not even involved before a court ruling was made on March 31, 2022.

In court papers seen by Mpasho, Judge Chitembwe ruled in favour of Mr Kangangi who had filed the suit against Anerlisa seeking (general damages, damages for loss of reputation, exemplary damages, a written apology and a permanent injunction) over a post she made on her Facebook and Instagram pages about him.

"Given the evidence on record, it is this courts view that it (the post) was indeed defamatory. The post directly referred to the plaintiff(Mr. Kangangi) and indicated that he was an unscrupulous businessman who conducted fraudulent businesses and could not be trusted.

The plaintiff indicated that the claims by the defendant( Anerlisa) were false and the defendant did not provide anything to controvert the same.

"I am satisfied that in the absence of any contrary evidence, the plaintiff (Mr. Kangangi) was defamed as the evidence on record does prove that the plaintiff’s character was negatively affected," read the ruling.

Judge Chitembwe went on to award Mr Kangangi Ksh 2,000,000 as compensation for the defamation.

How Anerlisa Muigai made her first million

Keroche heiress Anerlisa Muigai says she is a self-made millionaire.
Exclusives
1 month ago

Keroche Breweries heiress Anerlisa Muigai revealed that she was approached but she turned the producers down.
Entertainment
2 months ago
Watch: Latest videos from 64th Grammy Awards