KRG-I have 4 kids and 3 baby mamas

KRG the Don reveals that he has 4 children

• KRG has been fasting during the month of Ramadan.
• KRG has given all his kids Islamic names. 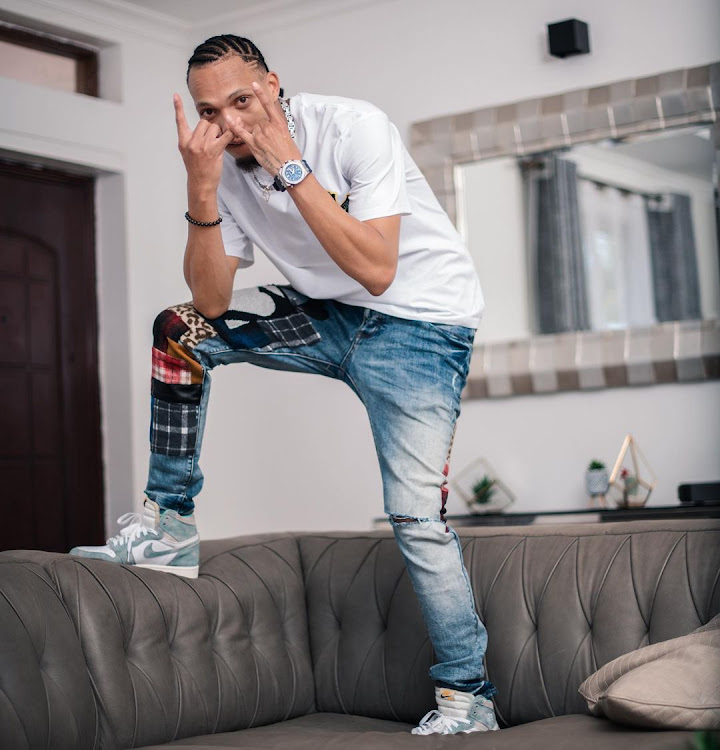 Yesterday Mpasho.co.ke interviewed KRG the Don. This was after he revealed that he was among those fasting during the holy month of Ramadan.

The man opened up on his journey as a Muslim man, something I am sure most people weren't aware of.

"I converted when I was 17-years-old. My Muslim name is Abdul Karim," he explained.

What made him convert?

"It's the truth that's in the religion. These other ones(religions) are just businesses for people."

Did that mean all his kids had Muslim names? "Of course, they do," he said matter of factly.

The next part of his answer was what took the cake, with the rapper dropping the bombshell that he had 4 kids! "Two are the only ones that people know about. I have 4 kids."

He then mentioned the Islamic names he had given each of the 4 kids, saying, "The first-born is called Khalid, the second-born Nabil, the third-born is called Naim. The fourth-born has a Muslim name called Dawn, which means ruler of the world."

So how many baby mamas did the wealthy musician have in total?

"The firstborn I had with the first baby mama. The second and third I had with a surrogate (his ex-wife for those who can read between the lines), the last-born was with the third baby mama."

Krg reacts to Will Smith's outburst at the Oscar's, supporting his actions
Entertainment
1 month ago
WATCH: For the latest videos on entertainment stories