Watch: Bensoul explains the meaning of 'I deny' song, how he got Suuda nickname

Bensoul says he will deny everything.

• It appeared as if the song was an indirect response to the claims made by his baby mama. 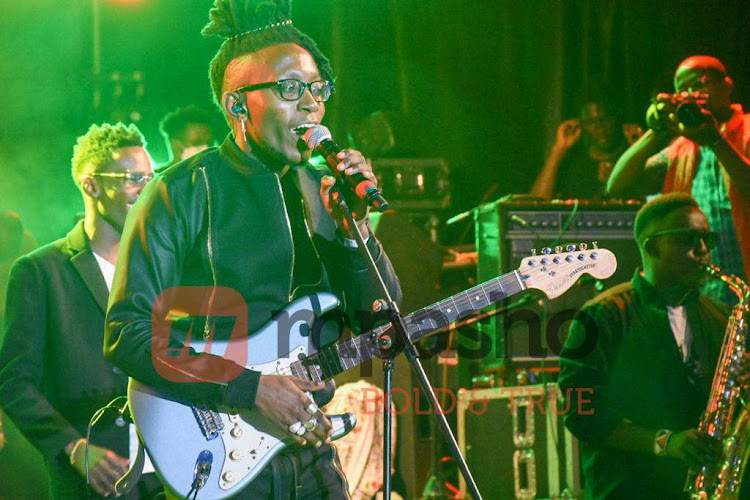 The month of April started on a high note for Sol Generation's singer Benson Mutua aka Bensoul.

This was after a lady named Tifanny Muikamba said that she was carrying Bensoul's baby.

In the heat of the moment, the singer released a song dubbed 'I deny' featuring Nviiri the Storyteller and Fancy Fingers.

It appeared as if the song was an indirect response to the claims made by his baby mama. In the song, Bensoul sings, "So many lies about me...I deny I deny I deny".

Speaking to Mpasho, Bensoul explained the 'I deny' song.

"It is a hit to show that when people (Media) ask me questions...sometimes I will be denying. Until the day that they will start pushing our music the way we want."

Bensoul faulted the Kenyan Media for failing to promote local music and musicians.

During the interview, Bensoul did not respond to questions on his relationship and baby mama drama. He said that whoever wants to talk about it has the freedom to do so.

"Everyone was given a mouth, let them talk as they wish. It doesn't concern me anyway."

Mpasho further asked the 28-year-old how he felt when the reports on his baby mama went public.

"I don't want to talk about that. Let us just talk about my concert with Fireboy. That is my personal life, anyone who would want to see it can see it for themselves. I will not be answerable for anything," he said.

The 'I deny hitmaker further explained how he got his nickname and signature tune 'Suuda!'

"Suuda is my signature as a producer anytime you hear it you know I am part of the production. My friends gave me the nickname during the time of ICC prosecutor Bensouda. They started calling me Bensouda so when I joined Sol Generation I thought it would be a good signature,"  he said.