Alai aims at making Kileleshwa safe and comfortable for residents

• During his tenure as the Estate's Chairman, Robert Alai says he brought a lot of order to the residency that hosts close to 5,000 residents. 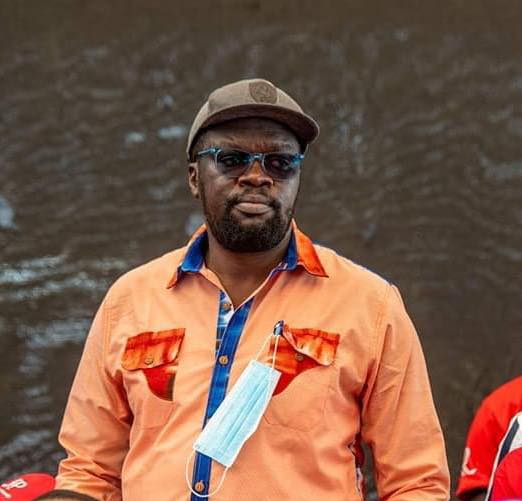 Renowned blogger Robert Alai has dropped his bid to contest for the Nyando Member of Parliament seat to vie for the Kileleshwa Member of County Assembly.

The move by Robert Alai comes months after he launched a manifesto for the Nyando constituents.

Speaking to Mpasho, Robert explained that at this moment, he will bring more impact as a legislator representing city residents.

He argues that changing Nairobi will bring change in larger parts of the country.

"If you say that you had shown interest in MP seat so you cannot go for an MCA you are not helping Wananchi. It is a selfish gain and it shows that you wanted to satisfy your ego."

"I have been in this city for long and if you ask somebody in Nyayo Estate Embakasi where I was a Chairman for a period of time you will understand that I brought a lot of changes there," he said.

He says his opponents are responsible for it.
Politics
1 month ago

During his tenure as the Estate's Chairman, Robert says he brought a lot of order to the residency that hosts close to 5,000 residents.

"I realized people do not have to fight for their rights directly...there are people you elect to represent you and voice your issues."

He urged anyone who doubts his credibility to go to Nyayo Estate and ask anyone there why they miss him.

Robert shared that in his spirit of activism, he brought major changes in the country and it is time to pursue the same course through a constitutional office.

"I can be very powerful by just being the normal Robert Alai, working behind the keyboard. But you have to move to the next level. Why don't I amplify these things through offices that are in the constitution?" he posed.

Robert explained one of his commitments to making Kileleshwa ward safe and comfortable for all residents, especially having social amenities.

"If you check Kileleshwa, there are a lot of apartments coming up, where are the playing grounds? Where is the walking path? How do you ensure these residents are living comfortably?"

On his social media platform, the blogger who seeks the MCA seat on an ODM Party ticket says "I am for humanity in whatever we do. We must rethink Nairobi and make it humane."

Felix Odiwour aka Jalang'o had an interesting interview with Robert Alai that dropped today evening. The two spoke on many topics affecting the ...
Entertainment
8 months ago

"I bought my first car because of Caroline Mutoko," Jalang'o narrates

Jalang'o has hailed Caroline Mutoko for pushing him to buy his first car. At the time Jalango was working alongside Mutoko on a Morning show aired on ...
Entertainment
8 months ago
WATCH: For the latest videos on Kenya news