• Tracy grew up not knowing who her dad is, she wished that her dad was Hollywood movie icon, Jackie Chan. 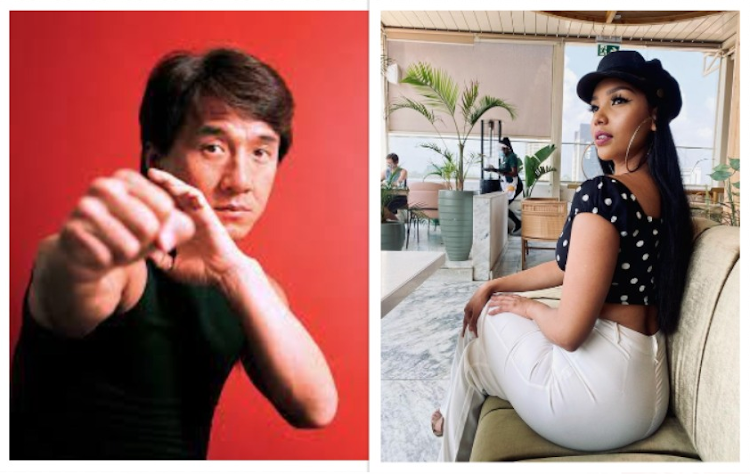 Media personality Tracy Wanjiru has opened up about not growing up knowing the dad.

In a video clip that was posted on her social media, Tracy told her followers, "I used Jackie Chan's giff on my stories," she started the clip by saying, "I remember back in the day, I did not grow up with my dad, I never knew my dad."

Tracy truly believed her dad was a man of great repute and a megastar.

"When I used to pray, I would tell God, 'You know God I hope, one day when I meet my dad, it is Jackie Chan'."

She continued, "You know, I was so convinced that Jackie Chan was my dad."

Sighing heavily she said, "How life turns out!!!"

Adding, "He is not the father."

In 1982, Chan married Joan Lin, a Taiwanese actress. Their son, singer and actor Jaycee Chan, was born that same year.

It turned into a scandal within the media.

Commenting on the scandal, Chan said he regretted the affair adding that he had "only committed a fault that many men in the world commit".

He continued, "Tomorrow will always be better than yesterday. That’s life“. We, as juniors, will always remember your words. May you rest in peace."

Currently, he owns a racing car squad called Jackie Chan DC Racing that will be going to  America to compete in the IMSA WeatherTech SportsCar Championship for 2023.