• Radio Jambo's drive presenter Lion who has been admitted to hospital for a week underwent a surgery to remove swellings in his stomach. 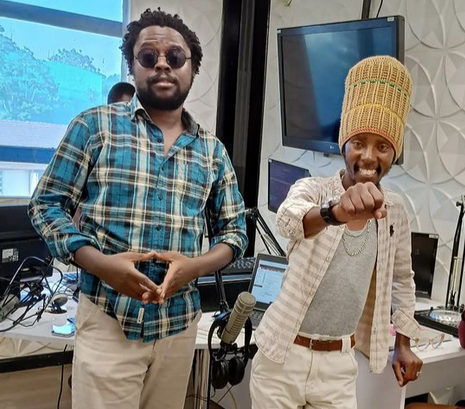 Lion who has been admitted to hospital for a week now underwent surgery to deal with swelling in his stomach.

Speaking to Mpasho.co.ke, Mbusi said his co-host and friend is likely to be discharged today or tomorrow.

"He is doing well. He underwent the surgery and was successful. Pia amewekwa damu and he might be discharged today or tomorrow, right now doctors are checking him on what they call pain management."

The news of his ailment was shared by his colleague Mbusi who appealed for his fans to pray for him as he also asked people to donate blood last week on Saturday.

Apologies to all our readers. Our earlier version of this article had referred to Fibromyalgia as fibroids in men. We are sorry for the error.

Corazon Kwamboka was very surprised when she got pregnant with what would become her first child in 2019.What many might not
Entertainment
6 months ago

'I had a big fibroid nyuma ya uterus...' Sarah Kabu talks about battling infertility

'I had a big fibroid nyuma ya uterus...' Sarah Kabu talks about battling infertility
Lifestyle
1 year ago

Lion was admitted on Friday
Exclusives
2 months ago
WATCH: For the latest videos on lifestyle stories