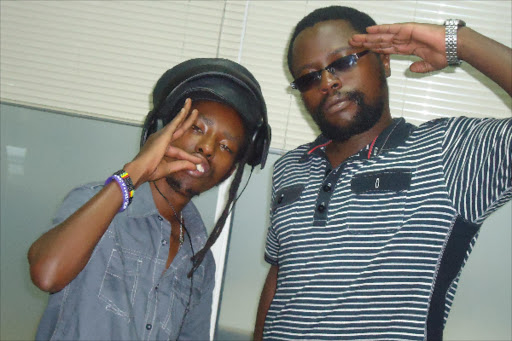 The news of his ailment was shared by his colleague Mbusi who appealed for his fans to pray for him as he also asked people to donate blood.

According to Mbusi, Lion was admitted due to severe anaemia.

Speaking to Mpasho.co.ke, Mbusi said he was on the way to the hospital to check on how he was doing.

"He was admitted on Friday. Yesterday when I left he was okay. I don't know how he is doing today."

From Mpasho.co.ke is quick recovery to our very own Lion.

Fans have also wished him well.

Mbusii recounts terrible experience after being accused of being a 'Mungiki'

Radio Jambo drive show host, Daniel Mwangi, famously known as Mbusii, says that 15 years ago he was accused of being a member of Mungiki.
Exclusives
4 months ago

Alinipa fare on our 1st date-Mbusi says about lovely wife