Watch: How Maina Kageni would like to be remembered when he dies

He does not want a road named after him.

• "I do not want a road named after me. I just want people to remember how they felt when we interacted on air." - Maina Kageni 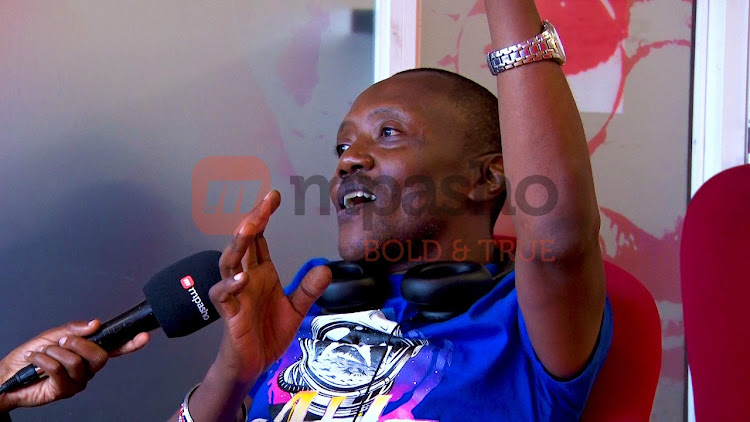 Classic 105 Presenter Maina Kageni would love to be remembered for how he made people feel.

Having been on radio for more than 20 years, Maina says naming things after him if he dies would not be very impactful.

"How I made them feel...not what I did. I do not want a road named after me. I just want people to remember how they felt when we interacted on air. That is it."

On having a statue of him, Maina said it will only be a place for birds to land.

"For what? Those things celebrate people for what they did...or what they said. What matters is how you made people feel...people forget the rest," he told Mpasho in an exclusive interview.

He also mourned Mzee Jackson Kibor, saying that his death would mark the end of the annual 'Men's conference'.

"RIP Chairman, you have taught me a lesson about happiness. But this men's conference thing I think has died with you."

Other than his radio job, Maina is also the CEO of Maina Kageni limited - a venture that conducts various businesses and is also part of a local tourism initiative called Tembea Kenya Tujenge Kenya.

"During Covid, we realised hotels were closing down...icons like Norfolk and Intercontinental shut down. So we thought...lets get Kenyans traveling because by the time foreigners come back a lot of jobs would have been lost," Maina explained the birth of Tembea Kenya Tujenge Kenya.

A day in the life-Maina Kageni edition

'Let me tell you, Maina!' - Kageni reacts to popular meme and slang

Maina Kageni reacted to the popular street meme, 'Let me tell you, Maina!', which started after Kenyans noted how his loyal fans would behave when ...
Entertainment
2 months ago

'If you want a plane dashboard I can get you,' Maina Kageni on his businesses outside Radio job