The story behind Obinna's branded t-shirts on Kiss FM (Photos)

• Obinna revealed he had made the T-shirts even before he was confirmed for the radio job. 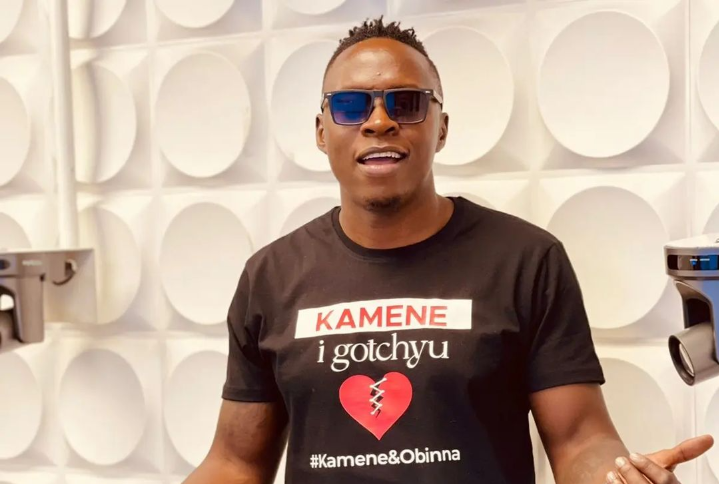 Kiss FM's Oga Obinna had his unique way of appreciating his new job on the top radio station.

Obinna said being called to work with Kamene on Kiss FM was such a big deal for him as he always looked forward to grabbing such an opportunity.

Obinna uniquely wore branded T-shirts with captions about the KISS FM's show on the first week.

Speaking to Mpasho, Obinna revealed he had made the T-shirts even before he was confirmed for the job.

He, however, said he was afraid of what he would have done with the shirts had he not been called for the job.

"I prepared my branded T-shirts a month before. When I was just called for the interview, I was like, this one, I have taken it. I was like let me print something. I was just waiting for a phone call."

Obinna said he came up with the concept and promised to surprise his fans with more.

He said he styles himself as he does not have money to pay people to style him.

"My style is comfortable. If it makes you happy, just do it. I don't make that huge amount of money to pay people to style me."

Here are the various t-shirts he wore.