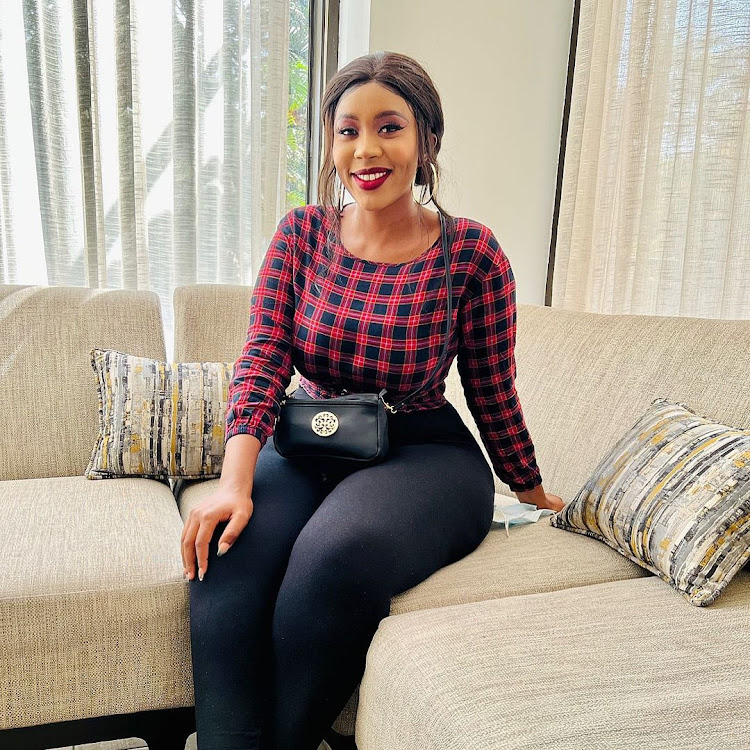 Dr Ofweneke's ex-wife Nicah the Queen and her lover publicist DJ Slahver are planning for their wedding.

The two have been dating for close to a year and made their relationship public a few months ago.

Speaking to Mpasho.co.ke, the two confirmed that plans for the wedding are underway. Slahver said he has already paid the dowry.

"We are in the process of officiating our marriage. We have done the traditional process. I have paid dowry and so on," he said.

Such an embarrassment to Kenya-Nicah told after racy photo

Nicah has been criticised over her choice of dressing.
Entertainment
2 months ago

Asked to speak about the wedding, Nicah said they will not do a big wedding and that they will invite very close people into their lives.

"Even if we do a wedding, it won't be like something very big. It will be of about 20-30 people. Those that are really close to us. Even when we did the ruracio and all, a lot of people didn't know."

She said they were both responsible for the breakup noting everyone had their own problems as they were still very young.

"We fell out. People fall in and they get to a point where one has outgrown the other and you find that there is now the peace of happiness because of the conflict between the two of you."

Speaking to Massawe Japanni, Nicah revealed that at times she misses her ex-husband.

"I miss the moments, I would say we created good memories. He was my best friend, we used to talk and even if love fails, if you people were best friends, you still care for each other as friends," she said.

Nicah said she did not mind being compared to the comedian's current lover and baby mama Christine Tenderess, as both are beautiful and it would not be a problem.

The strike was expected to begin today.
Crime
2 months ago
WATCH: For the latest videos on lifestyle stories