'I thought we were cool,' Natalie Tewa on beef with Edgar Obare

• Natalie Tewa and Edgar Obare had met before he exposed her documents. 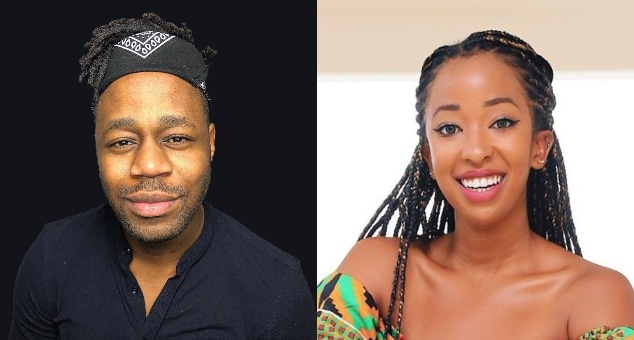 This was after he alleged that Natalie Tewa was spotted onboard a private jet flight with Mombasa Governor Hassan Joho.

Speaking to Mpasho.co.ke, the veteran travel vlogger said she had previously met Edgar and had a conversation only for him to cross her line.

"I have met him and I don't have a beef with him. I even have a vlog with him although I have not posted it. It was from a YouTube creator's workshop that we both attended," she said adding that they even talked about him exposing her breakup story.

"I was like, Edgar, you are always exposing people. That was after my breakup. I was not beefing him. I don't know if I rubbed him in the wrong way or what happened. I thought we were cool then, boom! He did it again."

On how she handles trolls, Natalie said they have become part of her territory.

"You have to be trolled as a celebrity. People will always have an opinion about you. Not everyone can handle social media pressure like that."

She urged keyboard warriors to be mindful about people they troll online.

"Before you make a comment about someone, just remember they are real people who you don't even know, how they are and so on. Just be mindful that this is another human who have emotions and they might be affected."

The matter was up for hearing through virtual means on Wednesday but the blogger, Edgar Obare, did not appear with prosecutor Stella Oyagi requesting ...
Crime
10 months ago
WATCH: For the latest videos on lifestyle stories