'I have never confronted Rufftone with a panga,' Daddy Owen speaks

Daddy Owen says he is not a violent person, has never confronted Rufftone.

• Daddy Owen has defended his brother Rufftone, saying the slur was caused by political duress. 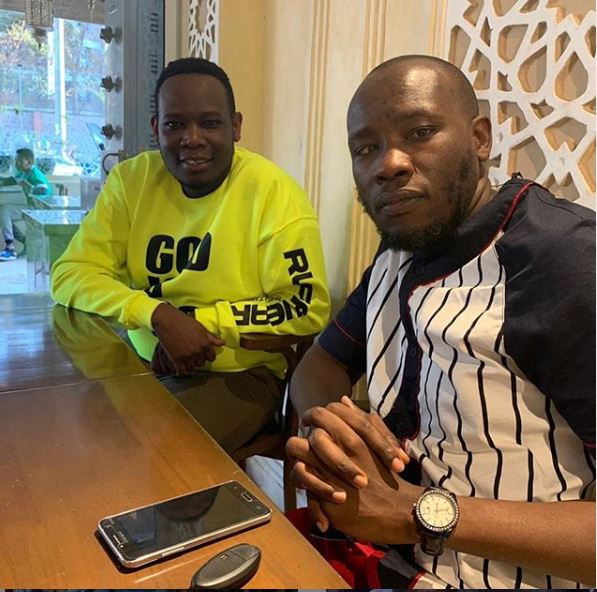 Gospel singer Daddy Owen was a top trending subject on social media yesterday after his brother alleged that he once attempted to attack him.

Rufftone, who is Daddy Owen's brother said the latter ganged up against him after they differed politically.

Speaking exclusively to Mpasho, Daddy Owen has denied the claims made by his elder brother.

According to the 'Mbona' hitmaker, he has never been a violent person nor has he ever confronted Rufftone - who is his elder brother.

"What i know is i have never carried a panga, never confronted my big brother(Rufftone) He apologized yesterday. He said it was a mistake," Daddy Owen said.

Owen added that there could have been moments they differ in political debates, but it has never resulted in violence.

"Politics is politics, it is not always that you have the same stand, but it doesn't mean there are differences. There are moments we have held political debates, but it is not the way he put it. I am not a violent person."

The gospel singer went ahead to defend his brother, saying the slur was caused by political duress.

"When I watched the interview, I felt like he was under pressure. Lazima ujitetee kisiasa. I think he wanted to pass a message across but it came out badly," he said.

Rufftone: Why you should elect me as Nairobi Senator

Rufftone revealed his plans to hit the campaign trail.
Politics
3 months ago