• Makena said she is standing firm for children who are being discriminated against due to their sexual orientations since she was once a victim of the same. 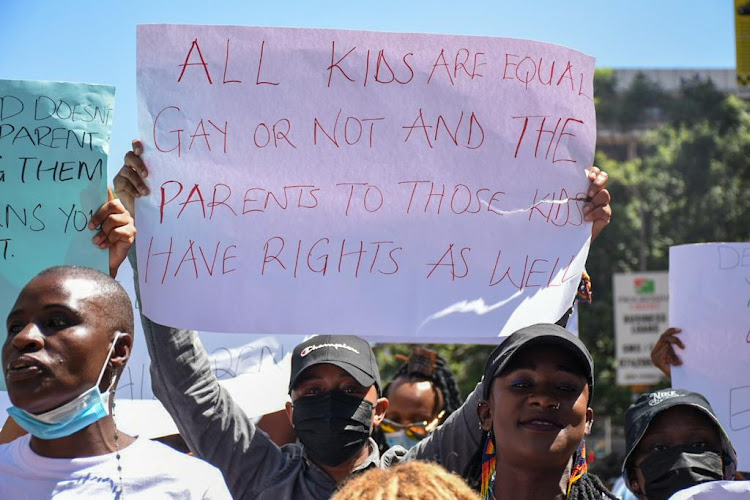 Makena Njeri (in black cap) during a protest in Nairobi
Image: Mercy Mumo

Former BBC journalist Makena Njeri led protests by the LGBT community in the streets of Nairobi on Thursday.

Accompanied by members of the community, Makena was protesting a directive by Education CS George Magoha to ban gay students out of boarding schools.

In solidarity with gay students, the LGBT activist carried a placard written;

"All kids are equal, gay or not and the parents to those kids have rights as well."

Speaking to Mpasho, Makena said she is standing firm for children who are being discriminated against due to their sexual orientations since she was once a victim of the same.

"For us, that is discrimination for individuals who are also Kenyan citizens. Let us not forget...they also have parents who also have rights. These are kids below 18, already making them a target to be bullied in school is something that should not be coming from the government.

I was very close to being expelled, this already discriminated against me as a child while in school. The fact that I went through that system and I know how painful it is...now even the government adding more pressure to continue discriminating the kids is something we will not stand," she said.

The Bold Networks CEO said that Magoha's remarks can be risky for students who are members of the LGBT community.

"We are going to march on the streets and we are not going to be silenced. Him(Magoha) being a leader making those kinds of remarks already puts everybody at risk," Makena said.

Here are photos from the protests. 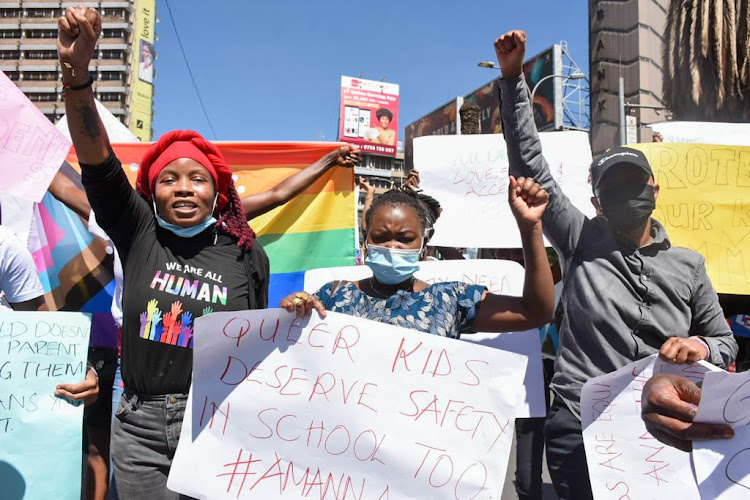 Makena Njeri (in black cap) during a protest in Nairobi
Image: Mercy Mumo 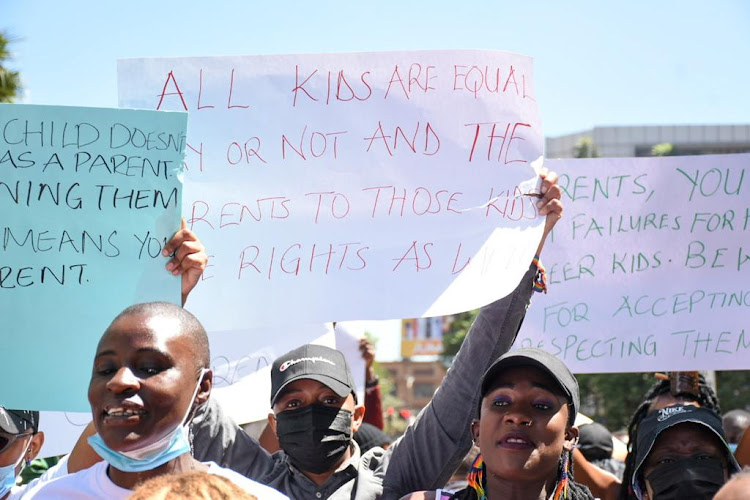 Singer Ringtone Apoko is known for taking pride in his broken English and doesn't get embarrassed about being less educated.
Entertainment
7 months ago