The reaction from fans has been mind-blowing!-Uradi actors explain

•  "What people do not know is that the intelligence offices where the film was shot is not imaginary but they are the real offices here in Nairobi."- Manasseh Nyaga 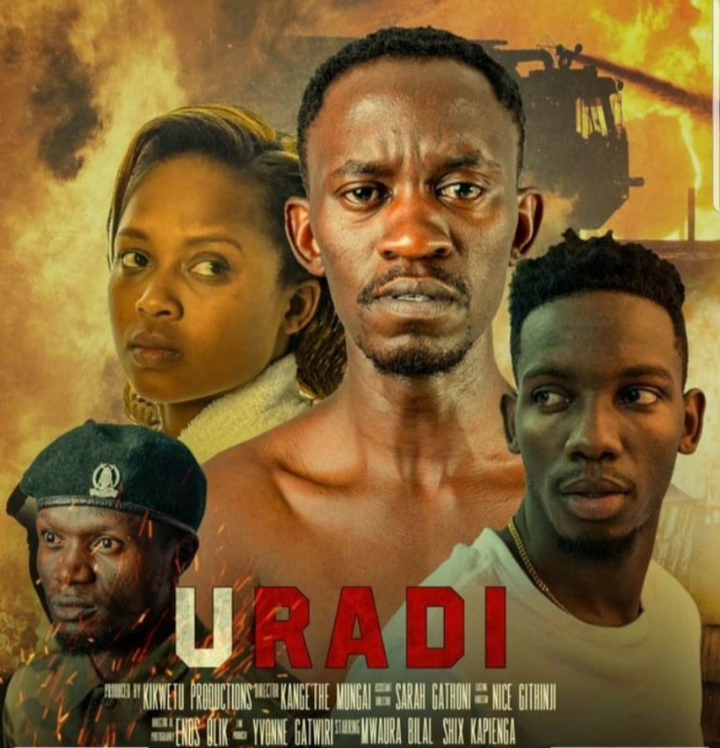 Ex- Switch TV host, Manasseh Nyaga, has opened up on the impact acting on 'Uradi' had on him. The tall, dark and handsome actor says featuring on the film that is now on Netflix is something he is still trying to absorb.

Speaking during an interview on Radio Jambo, Manasseh who acts as 'Jamo' on the film shared;

"The reaction the film has received has really blown my mind. It took a bit longer to feature after we shot it. I had already moved on and I was already working on other projects

People from the Diaspora are very keen on the film, I have been receiving responses even from Jamaica. What people do not know is that the intelligence offices where the film was shot are not imaginary but they are the real offices here in Nairobi.

Uradi helped me transition from a TV actor to a film actor. There are other projects that I have worked on and they will be released this year. The film was shot in December 2019. "Shared Manasseh

Bilal Mwaura who features as 'Komu' on the same film said that he was glad to have been the lead character in the film 'Uradi.'

He says he is still awed by the positive reception the film has received so far.

"Uradi is a film about a young guy with dreams that end up in the bin once he gets to the city. Human greed makes him get into trouble.

We all have dreams and sometimes we get into pitfalls. Maybe if we listen to our parents we might save ourselves from going into such trouble.

The beauty about how people have positively received the film is that the good reception is coming from all over, everyone has loved it and we love it."

This is the first film Bilal has appeared as the lead character. It is also his second Netflix film as he has also featured in 40 Sticks which is also on Netflix.

Have you watched the film? If not check it out on Netflix. In the meantime watch the entire interview below;